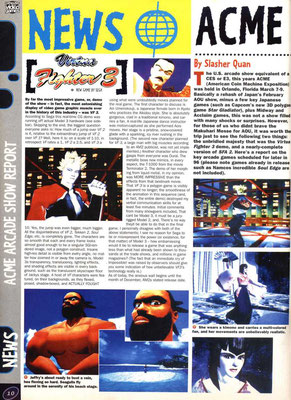 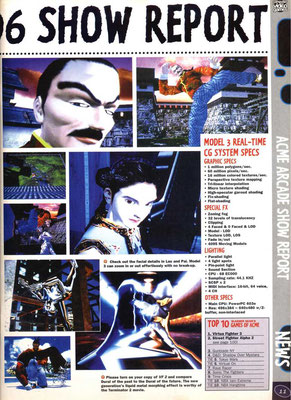 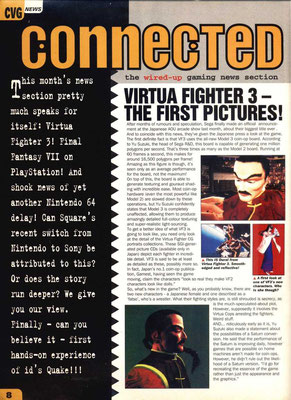 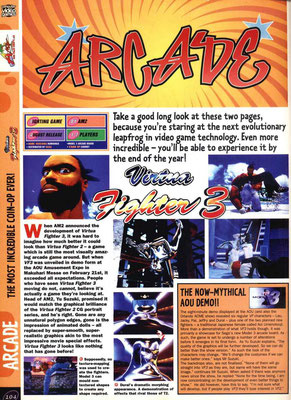 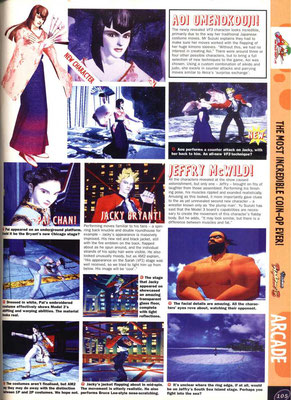 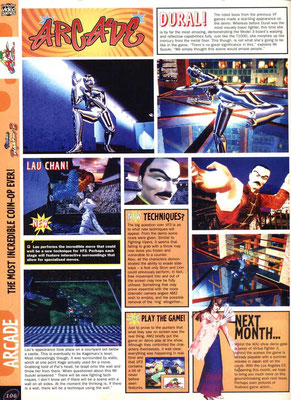 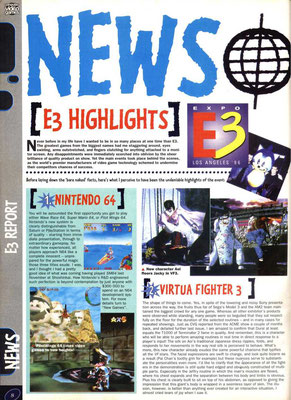 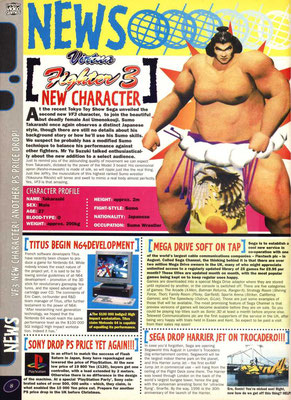 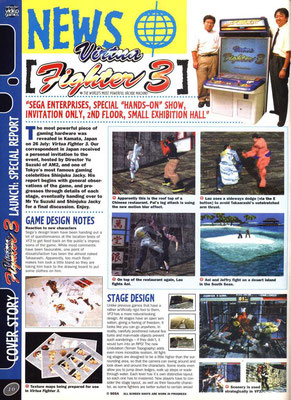 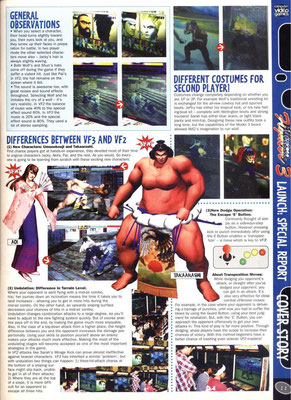 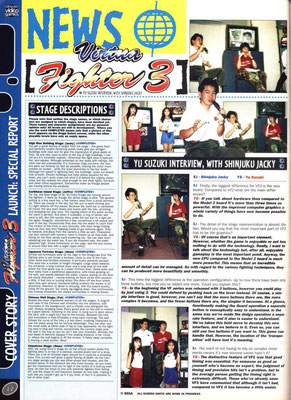 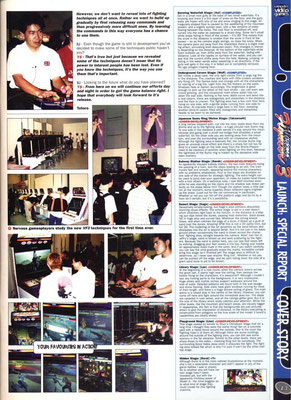 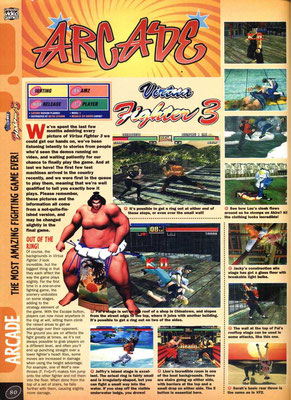 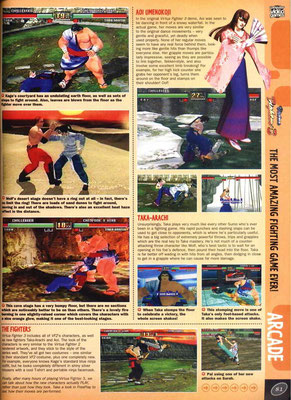 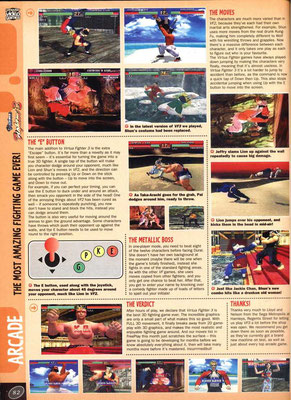 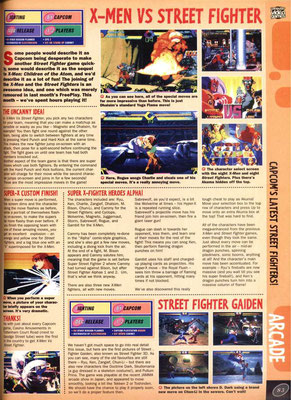 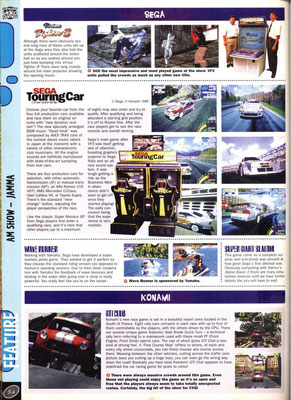 Trivia:
1) Computer and Video Games described the game's demo, unveiled in early March 1996, as "the most astounding display of video game graphic muscle ever in the history of this industry."
2) At the Japanese AOU show on February 21, 1996, Sega displayed non-playable demos of Lau Chan, Dural, and new character Aoi Umenokoji, who was unveiled for the first time at the show. However, Dural, the robotic woman final boss, garnered the most attention, due to being made of a metallic surface that reflected the surrounding environment.

4) Trilinear interpolation is a method of multivariate interpolation on a 3-dimensional regular grid. It approximates the value of an intermediate point (x, y, z) within the local axial rectangular prism linearly, using data on the lattice points.

5) Specular reflection is the mirror-like reflection of light (or of other kinds of wave) from a surface, in which light from a single incoming direction (a ray) is reflected into a single outgoing direction.

6) Alpha compositing (blending) is the process of combining an image with a background to create the appearance of partial or full transparency.

7) Motion blur - A post processing effect that blurs and streaks the entire frame. Loosely based on the behavior of real-world optics.

8) Sega Saturn version is unreleased, because of Saturn hardware was to week for conversion.

9) Emulated in: Supermodel (not fully emulated).