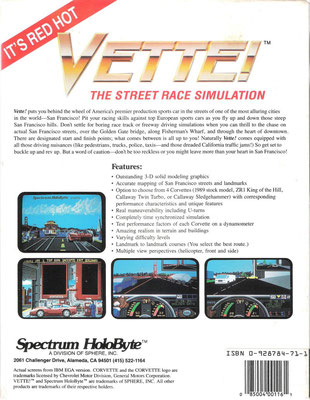 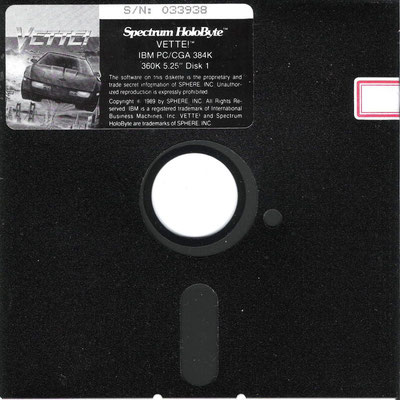 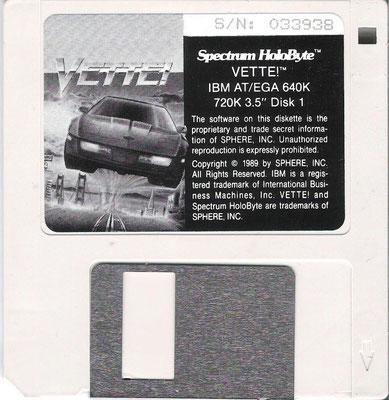 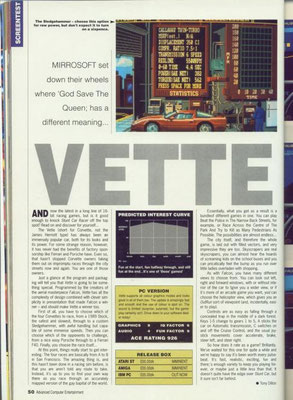 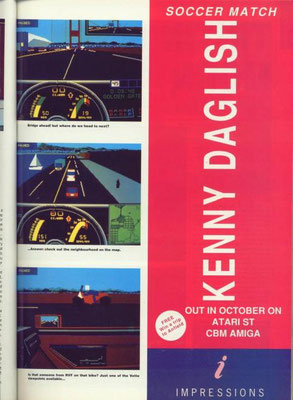 1) First 3D racing game where you can run over people (predecessor of Grand Theft Auto 3). Driving erratically can attract the attention of a nearby cop to give chase. Then getting pulled over there are 8 excuses to choose from unless charged for vehicular homicide, by running over at least 1 pedestrian during the chase, or within close proximity of a cop.

2) One of the few games to support EGA's 640x200 mode, which it used to display static scenes in fine detail over what EGA's 320x200 mode would allow.
3) During the development of this game, the large-scale communist attack on protesting Chinese students in Tiananmen Square occured. In memory of that event, one of the programmers snuck this string into the program executable: "IN MEMORY OF THOSE WHO WERE MURDERED IN TIAN AN MEN SQUARE ON JUNE 4, 1989. J.P. "
4) There is a hidden area in the map: Select course 3 (starting on the Bay Bridge), then turn around and go backwards for a ways (with the wall on your left, the ocean on your right, and traffic coming at you). After you've gone far enough, you will suddenly be in a nicely-detailed area whose streets are named after the developers.
5) The game was notable for its detailed un-shaded polygon rendering of San Francisco streets. It was released on three floppy disks (black & white and color versions).
6) Introduced the  presence and interaction of law enforcement, in which you get pulled over and must give an excuse as to your erratic driving.

7) Each car's characteristics are different and will change if it gets damaged. All damage can be repaired by stopping at Gas Stations.

8) Unreleased sequel - Vette: San Francisco Thrills is a cancelled racing game that was in development by Spectrum HoloByte/MicroProse for the Playstation in 1996. The game was a sequel/remake to the original Vette. As with the original game, the PSX version was set in a digital San Francisco, recreated from the real cartographic data of the city.