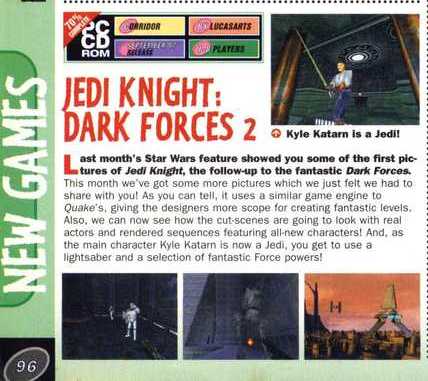 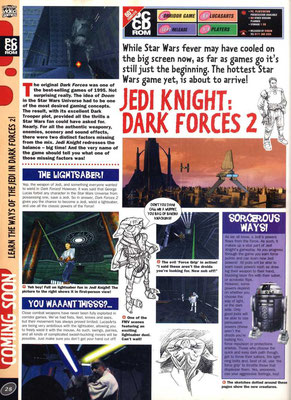 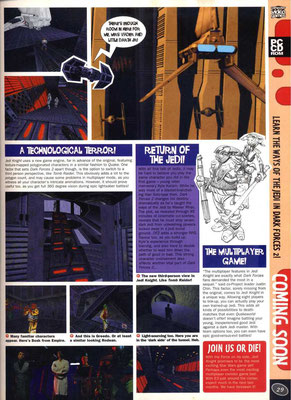 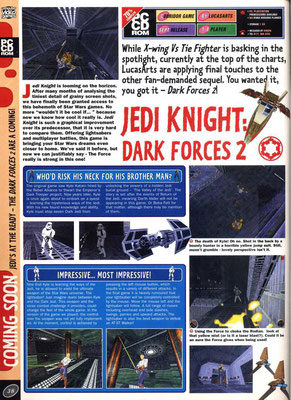 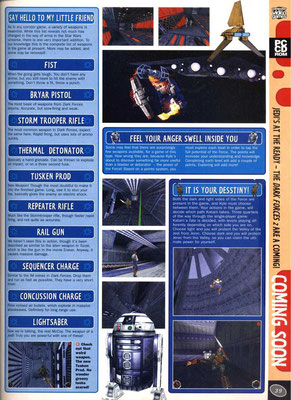 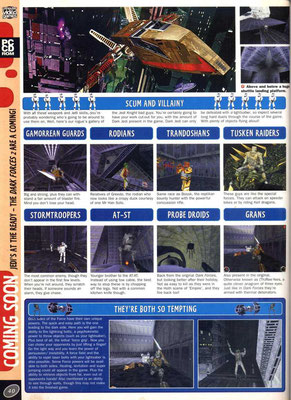 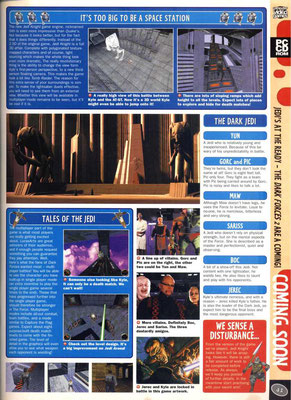 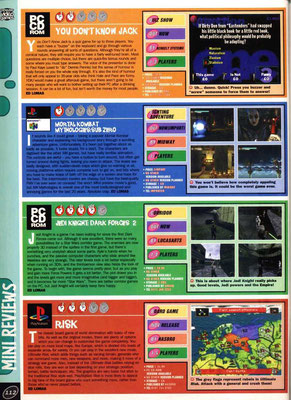 Trivia:
1) It is one of the early games to adopt the use of 3D graphics hardware acceleration using Microsoft Direct3D.
2) First modern looking "Star Wars" game , featuring third-person (along with first person) view of the Jedi with lightsaber in hands.
3) Between levels Jedi Knight features full motion video cutscenes. The characters are represented by live actors while the backgrounds are pre-rendered graphics. The cutscenes included the first lightsaber footage filmed since 'Return of the Jedi" movie in 1983.
4) The game was compared positively with Doom, a significant game in the first-person shooter genre.
5) The graphical presentation of the levels received specific praise from IGN: "No other first person shooter has come close to Jedi Knight‍ 's dizzying sense of scale and its vast levels.".
6) According to some rumors at the time of development and release, LucasArts contacted Lucasfilm and George Lucas directly over the effects of a lightsaber when it submerged in water.
7) The music heard in the game is taken directly from the original Star Wars trilogy film soundtracks, performed by London Symphony Orchestra. It's included on the game CDs as Red Book Audio which means that the game CDs can be listened to in an ordinary CD player.
8) During the game's many live action sequences, fans of Star Wars are treated to many new colors of lightsabers. (At this point in the franchise, only red/blue/green lightsabers had been seen.) Among the new sabers are yellow and purple ones.
9) There was ability to throw light saber (in the game beta), but it was scrapped due to technical difficulties.