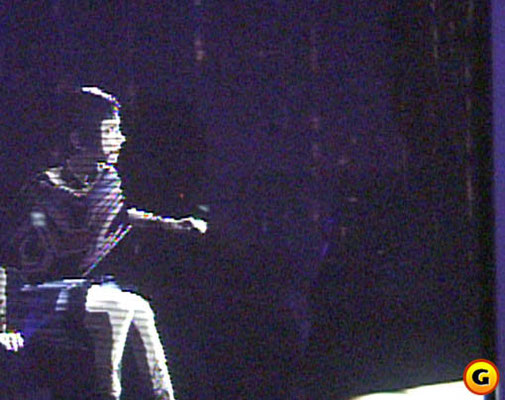 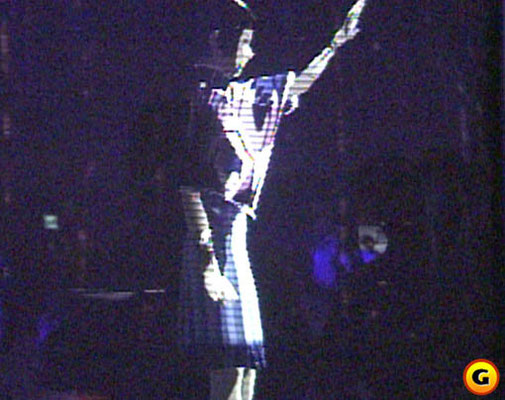 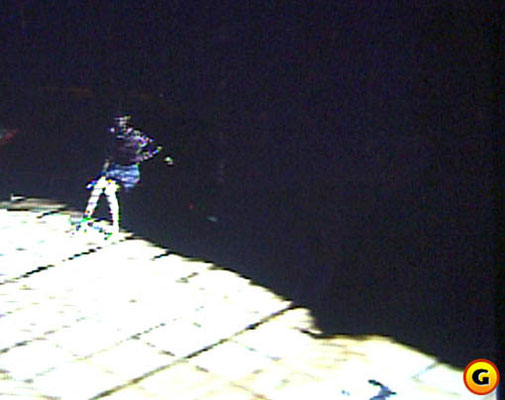 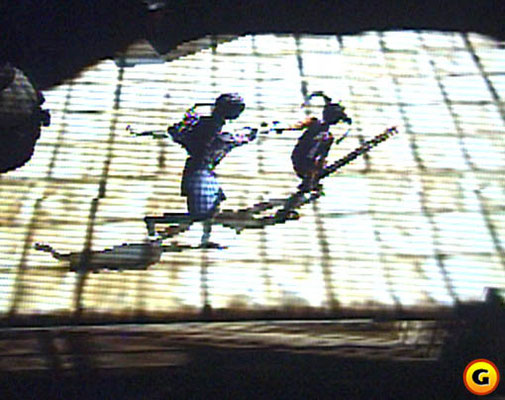 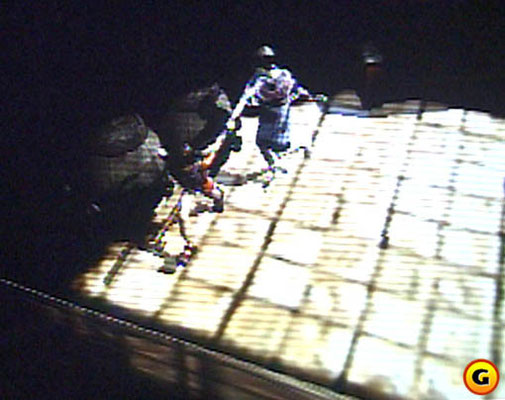 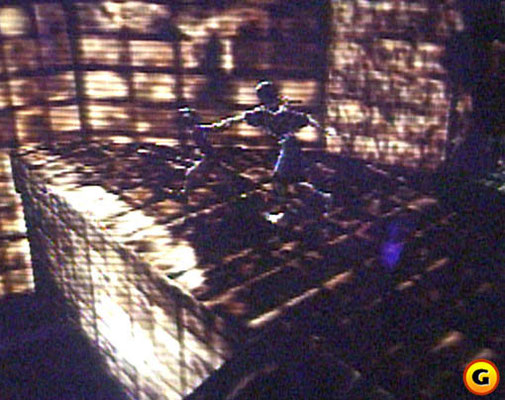 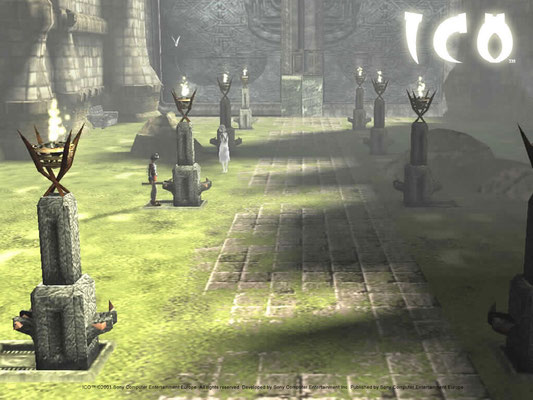 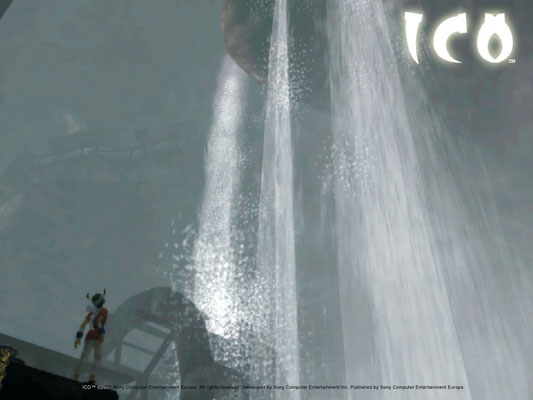 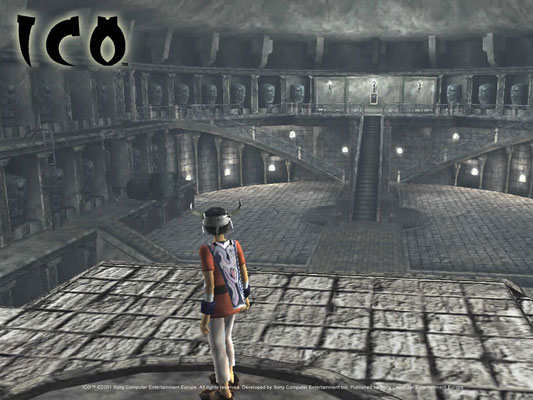 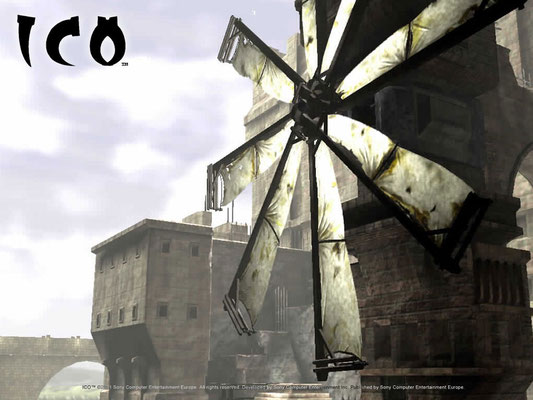 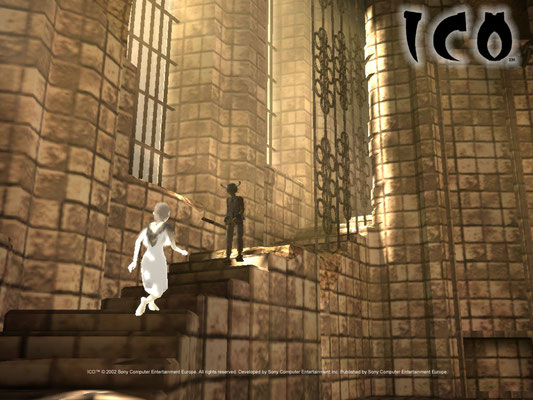 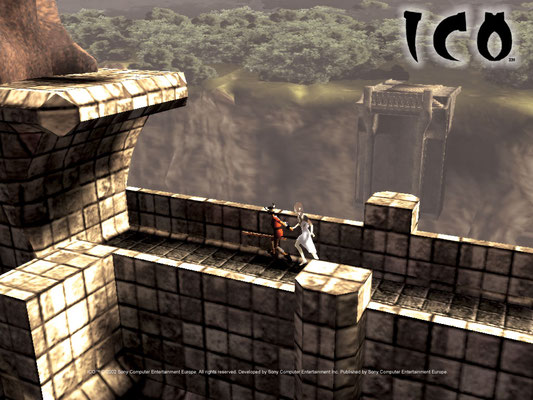 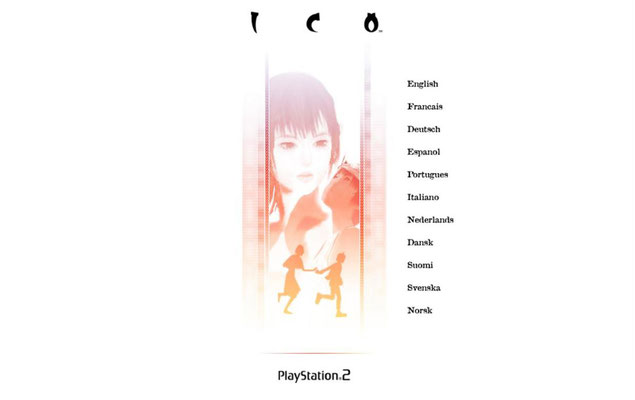 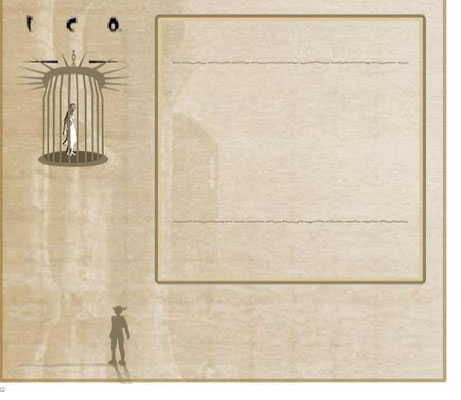 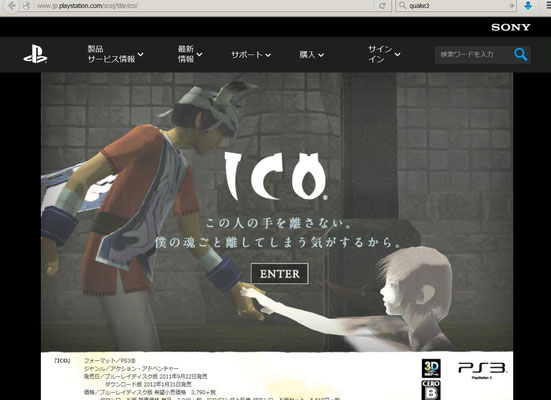 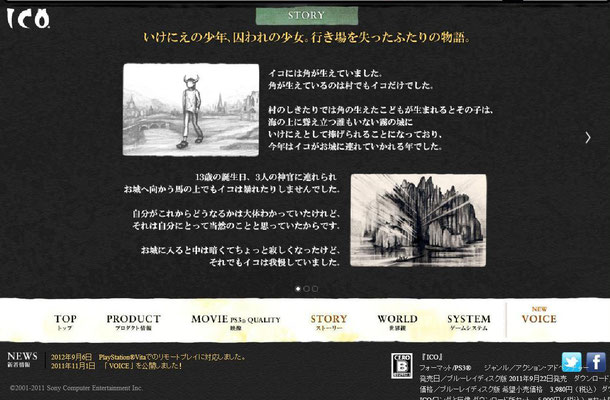 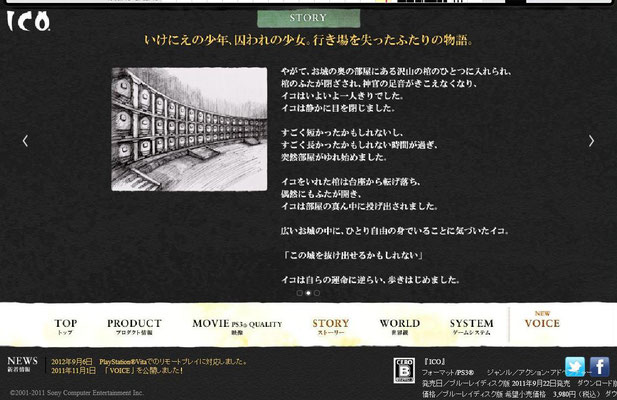 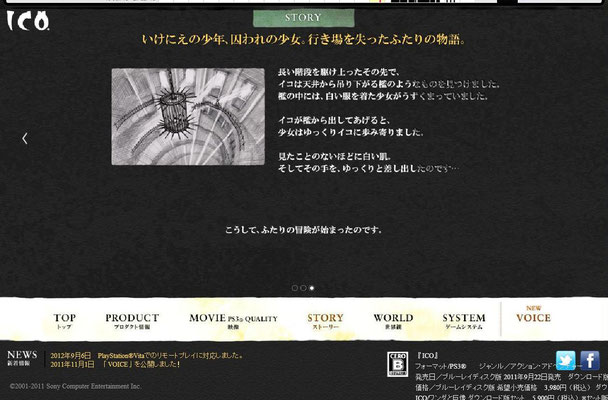 Trivia:
1) Developer Fumito Ueda came up with the concept for Ico in 1997, envisioning a "boy meets girl" story where the two main characters would hold hands during their adventure, forming a bond between them without communication.
2) Canceled prototype developed for Playstation 1.
3) Ueda also stated original Prince of Persia games as influence, specifically regarding animation and gameplay style.
4) After two years of development, the team ran into limitations on the PlayStation hardware and faced a critical choice: either terminate the project altogether, alter their vision to fit the constraints of the hardware, or continue to explore more options. The team decided to remain true to Ueda's vision, and began to use the Emotion Engine of the PlayStation 2, taking advantage of the improved abilities of the platform.
5) Ico has been used as an example of a game that is a work of art.

6) Ico music and atmosphere influenced by Silent hill (1999).
7) IGN's David Smith commented that while simple, as an experience the game was "near indescribable." The game's graphics and sound contributed strongly to the positive reactions from critics; Smith continues that "The visuals, sound, and original puzzle design come together to make something that is almost, if not quite, completely unlike anything else on the market, and feels wonderful because of it."
8) New york times- "Ico creates the sense of "trust and childish fragility" around Yorda, and that these leads to the character being "the game's entire focus".
9) Marc Laidlaw, scriptwriter for the Half-Life series, commented that, among several other more memorable moments in the game, the point where Yorda attempts to save Ico from falling off the damaged bridge was "a significant event not only for that game, but for the art of game design".
10) Film director Guillermo del Toro has cited both Ico and Shadow of the Colossus as "masterpieces" and part of his directorial influence. Jonny Greenwood of Radiohead considers, of his top ten video games, "Ico might be the best one".

11) First key frame animation and bloom lighting was in Outcast (1999).