The Godfather: The Action Game 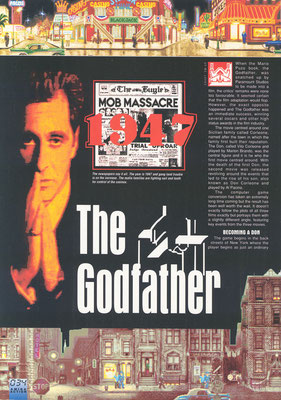 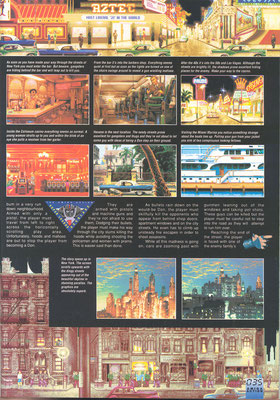 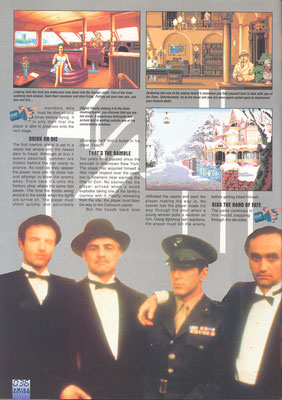 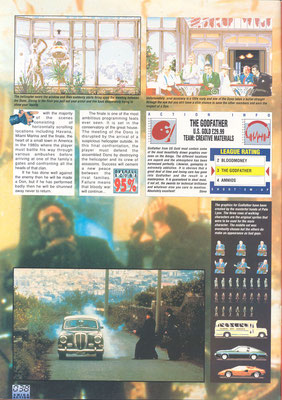 1) First realistic 2D game, where you can play as a gangster.

2) Plot: Following the movie series (and released in conjunction with The Godfather III)- work your way up the Corleone family ladder over the span of 50 years, and attempt to destroy the rival families.
3) On March 31, 1993, The Godfather: The Action Game was put on the infamous German index by the BPjS. -It was banned to sale in Germany, you can only get the game by request.
4) The game came out a year after the final movie was released in 1990. Certain scenes are based and/or inspired from all three "the Godfather" movies, notable examples are: 1940s era New York City setting of the 1st movie (1945 onwards), location of Havana, Cuba comes from 2nd movie and 3rd movie, the helicopter attack on the conservatory.

5) Another realistic gangster's game called "Crime Does Not Pay" (Amiga) was released same year (month of release is unknown).