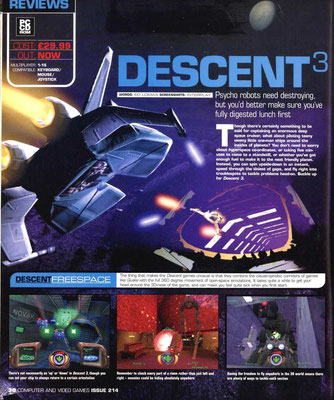 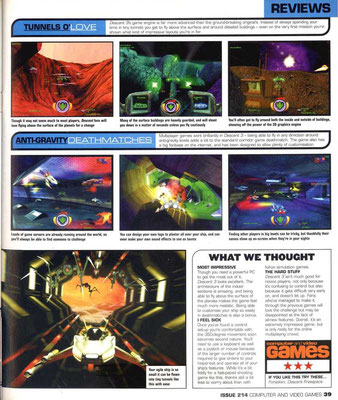 Trivia:
1) As the developers noted, "We knew just by looking at our progress on the game under acceleration that we had a beautiful looking game with all the latest technologies — but would anyone actually be able to play it?".Fortunately, as development progressed, hardware acceleration became more popular with each passing year.

2) Sequel, called "Descent 4" was a game being developed by Volition as part of the Descent game franchise, as a prequel to Descent. However, it was cancelled and then the technology behind it and some of the plot, were
incorporated into Red Faction. Examples include the main character Parker, the virus in Red Faction was
the Robot Virus from Descent, for example).

3) A procedural texture is a computer-generated image created using an algorithm intended to create a realistic representation of natural elements such as wood, marble, granite, metal, stone, and others. Usually, the natural look of the rendered result is achieved by the usage of fractal noise and turbulence functions.