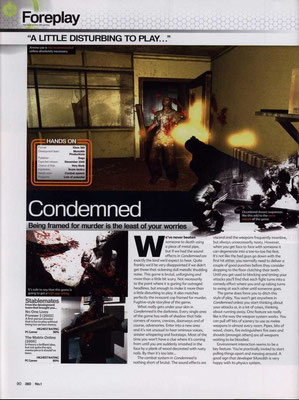 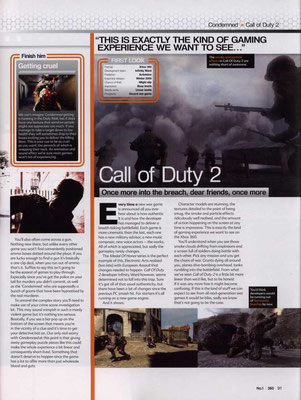 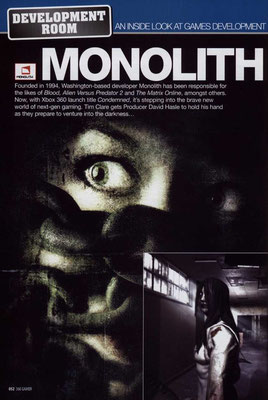 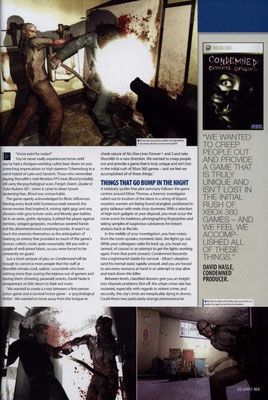 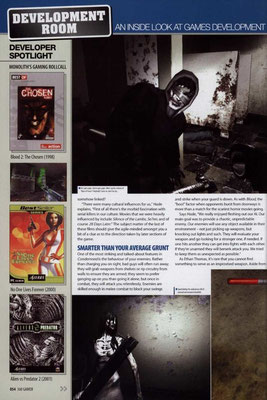 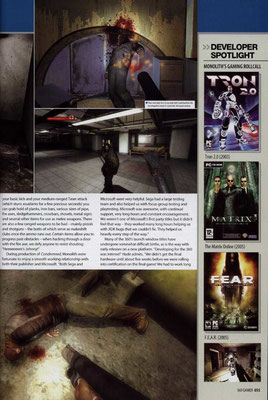 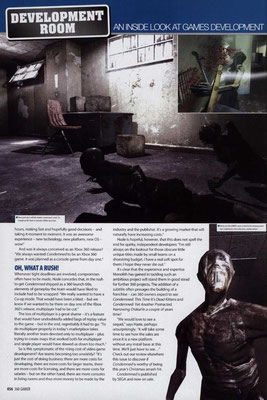 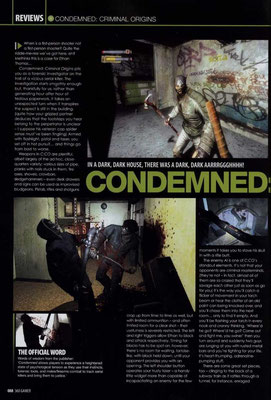 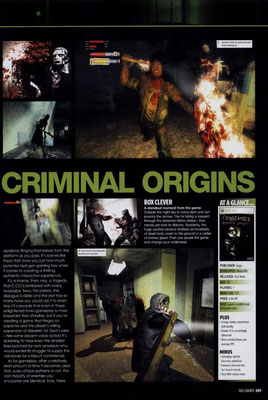 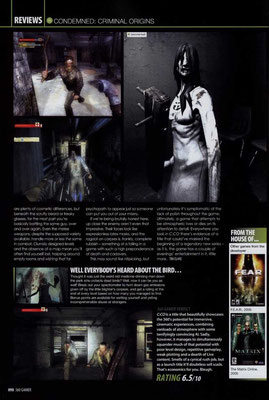 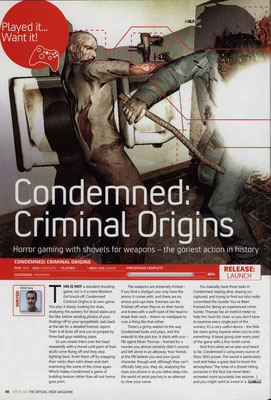 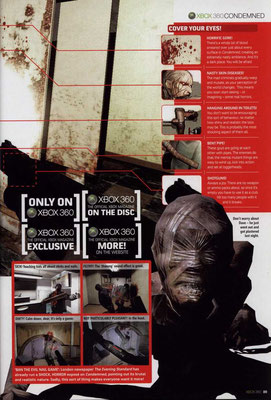 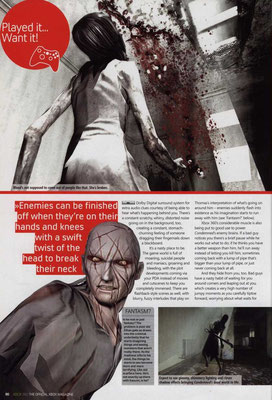 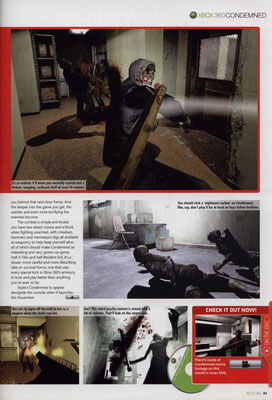 Trivia:
1) Game focused on improvised melee, allowing players and enemies to collect, or even pull, weapons from their surrounding environments, such as pipes, locker doors, shovels, and 2x4s.
2) Game was originally known as "The Dark", quite far into production. Under this name, the game was largely similar but differed in several key areas. The player character was known as Agent Cross, and the game appeared to follow him on a government-sanctioned investigation, or investigations, rather than acting as a rogue on the run from the law. Although Cross possessed the supernatural leanings of Thomas from the final game, he could actually use various magical spells. For example, a spell could be uttered to pull a gun from an enemy's hands and another spell saw doors and other obstacles break in front of the player, seemingly negating the need for a fire axe. Also Rose was a male.
3) GameSpot gave "Condemned" an 8.0, saying that "it captures hand-to-hand combat with intense, lifelike brutality like no other game before it."

4) In February 2008 all copies of Condemned were confiscated in Germany because of §131 StGB. Distribution in Germany is now prohibited by law. (like Mortal Kombat game). Condemned was supposed to be an Xbox 360 launch title in Germany.

5) Ambient occlusion is a technique used in production to approximate the effect of environment lighting. Unlike the dull, flat look of local lighting models, ambient occlusion can add realism to a scene by accentuating small surface details and adding soft shadows.

6) Subsurface scattering  is a mechanism of light transport in which light penetrates the surface of a translucent object, is scattered by interacting with the material, and exits the surface at a different point.

7) This is the first game to use Havok's HydraCore physics engine, which was specifically designed for multi-core video game systems such as the Xbox 360 - this game's renderer engine employs more advanced graphics techniques than wasn't possible in the previous generation of engine.