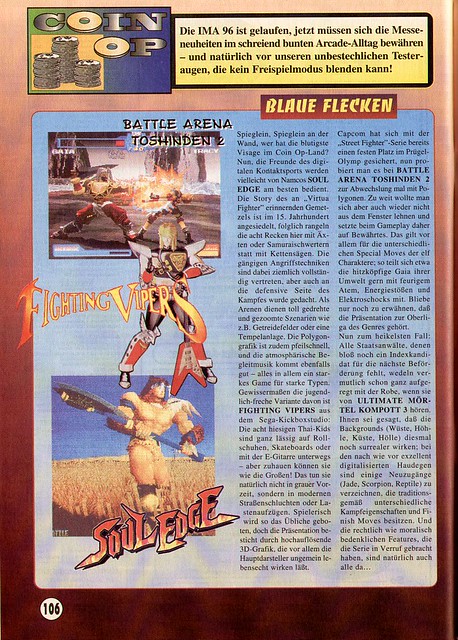 2) A reviewer for Next Generation magazine in 1996 contended that the Toshinden series is not well-suited to the arcade environment, and criticized the fact that the arcade version is near-identical to the PlayStation version, since standards are higher in arcades.

3) Toshinden 2 was ported to the PC. It is a Windows port of the PlayStation version with arcade graphical fidelity, the ability to play the game in higher resolutions and some additional options, such as the ability to remap all the controls (the PlayStation version only allows the remapping of the shoulder buttons). Unlike the original PlayStation port, it also saves unlocked characters, settings and results. However, the introductory movie was removed.

4) Only one character in the game - Sofia, has breast bounce (she is on the poster of the game with suggestive title).