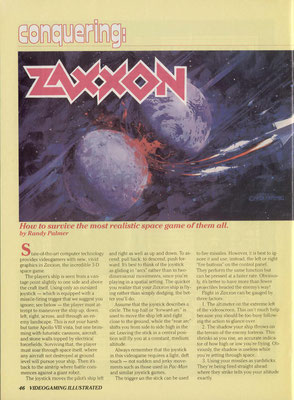 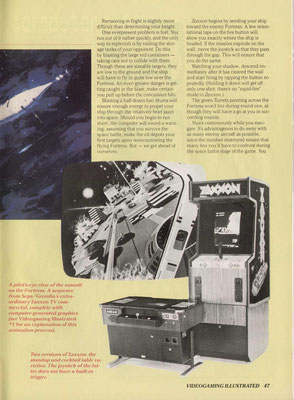 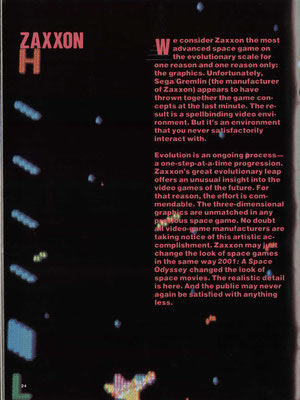 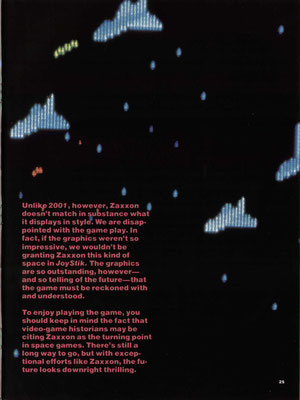 Trivia:
1) The curious moniker "Zaxxon" is derived, circuitously, from "isometric axonometric projection", its early 2.5D perspective which it is credited with being the first game to use.

3) "Isometric" refers to some form of parallel projection (commonly, the form of dimetric projection with a 2:1 pixel ratio) where the viewpoint is rotated slightly to reveal other facets of the game environment than are typically visible from a top-down perspective or side view, thereby producing a three-dimensional effect. In almost all cases, however, the term "isometric" is misapplied; in true isometric projection, the representations of the x, y and z axes are strictly oriented 120° to each other, whereas in other views the angles may vary.

4) It is the oldest game ever that support modern VR headsets like Oculus Rift - through Dolphin VR emulator. Oldest 3d game that support VR is Doom.