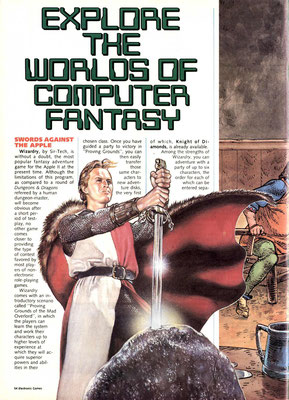 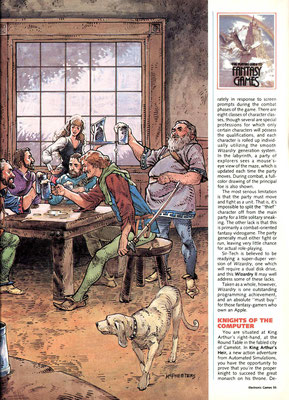 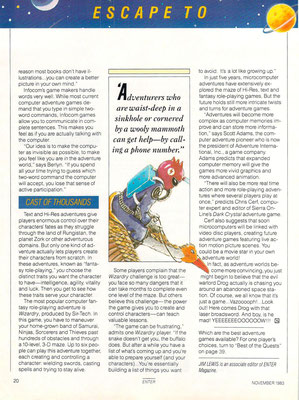 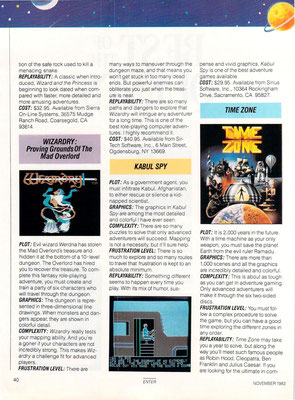 1) The game's lack of an automap feature, which had not been invented at the time of its release, practically forces the player to draw the map for each level on graph paper (included in the box) as he walks through the 20x20 dungeon maze.

2) It can take hundreds of hours to finish the game.

3) A child psychiatrist reported success in using the game as therapy.

4) First cheats in videogames - within months of Wizardry 's release at least two commercial game trainers (special programm that enables cheats in the game) for it appears, despite Sir-Tech's denouncing their use. The game also had perhaps the first strategy guide, The Wizisystem, which promised that "the average player" could succeed in the game with "a successful, easy-to-follow format". The special note from Andrew and Robert was not to politely ask the user not to copy the software illegally, but instead asked that the user not use cheat codes to ruin the playing experience.