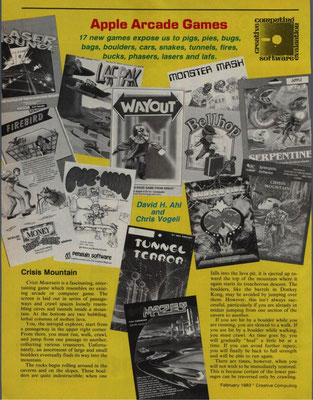 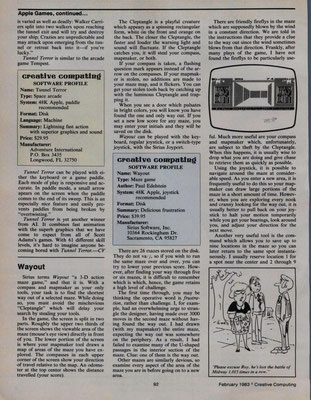 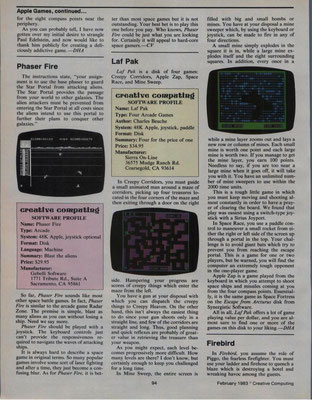 Trivia:
1) Most other contemporary Maze games (such as Phantom Slayer) used a "fixed'" perspective and only 4-way movement, whereas Wayout allowed players to move freely within the 3D environment of the maze.
2) "Wind" within each maze blows in a constant direction, and is visualised by the presence of "Fireflies".

3) Antic Magazine's David Duberman wrote in 1983, "The graphics that appear before you as you move through the maze are more life-like and dramatic than I have ever seen. The 3-D animation... makes this game the last word in alternate-reality simulation". Softline in 1983 stated that Wayout "features smooth-scrolling, truly three-dimensional mazes ... to torture your mind ... not recommended for vertigo sufferers".

4) Allows the player to move forward and turn left or right (but not backwards).