First game with detail texturing (this type of multiple texturing enhances the surfaces of objects with a second texture that shows material detail. When the player stands within a small distance from most surfaces, the detail texture will fade in and make the surface appear much more complex high-resolution instead of becoming increasingly blurry), first volumetric lighting (for generating fog, smoke or plasma, used in great effect for obscuring the view), first game to have software renderer as feature that is advanced as the hardware renderers, including colored lighting and advanced texture filtering, 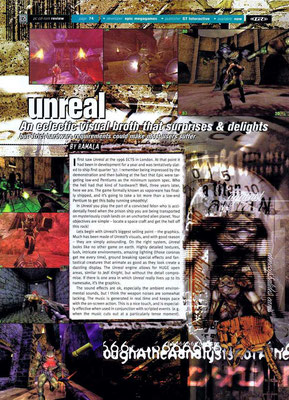 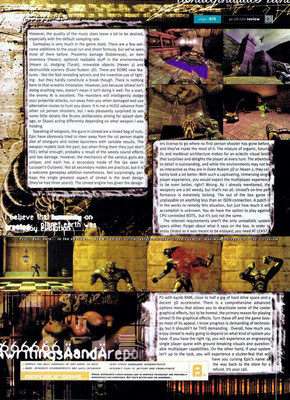 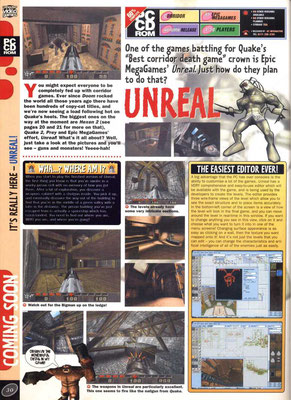 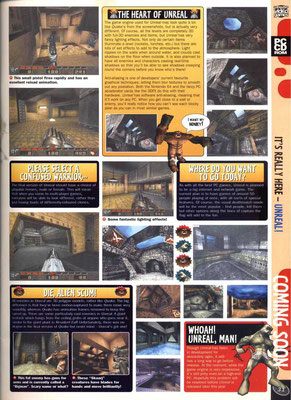 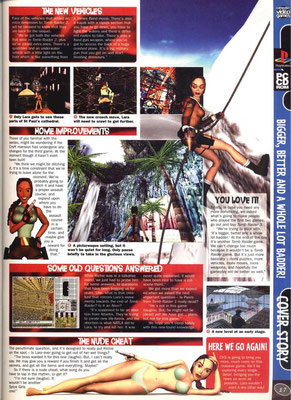 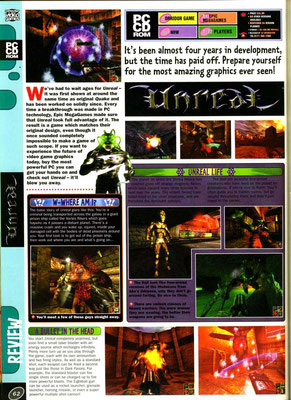 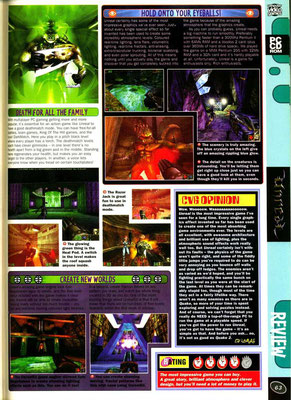 Trivia:
1) Since the release, critics praised advanced graphics of the game, that (along with Half-Life) brought video game graphics to a new level).

2) "Avatar" similarities: One of director James Cameron's pet projects after Titanic was an epic sci-fi extravaganza called Avatar, much hyped in Hollywood circles at the time and poised to redefine the notion of a truly alien world on the big screen. That early script by James Cameron still exists. Interestingly, you can find quite a few similarities between it and Unreal. The project fell apart but eventualy renewed and released as a 3D movie in 2009.
3) German version:Violence was reduced for the German version of Unreal. The "reduced gore" option is missing from the menus, enemies simply disappear instead of being gibbed, and severed heads also vanish instead of flying through the air.