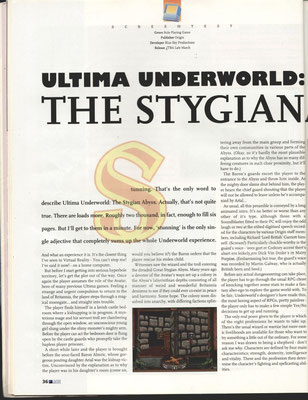 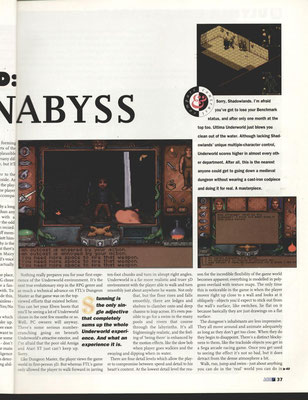 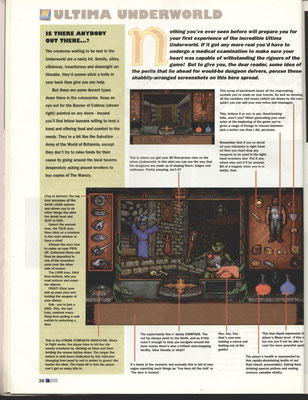 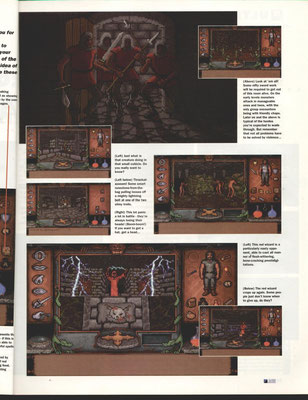 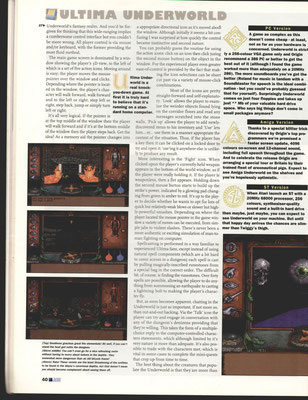 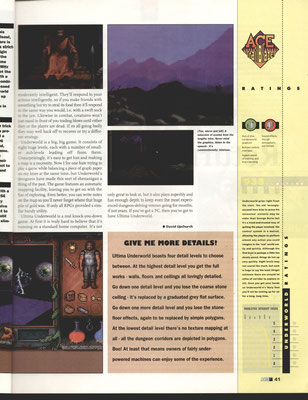 Trivia:
1) Physics system allows, among other things, for items to bounce when thrown against surfaces.
2) "Tolkien's description of Moria struck me in particular, and it seemed like a fine setting for a game."
(Paul Neurath- creator)
3) Review- "ACE" , called Ultima Underworld  "the next true evolutionary step in the RPG genre", and noted that its simulation-style dungeon was "frighteningly realistic".
Computer Shopper enjoyed its storyline and characters, and believed that the game "makes you feel as if you've entered a virtual reality".

5) I'ts the second first person shooter with up and down glance ability (after Driller).