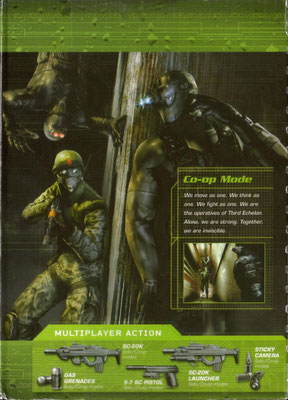 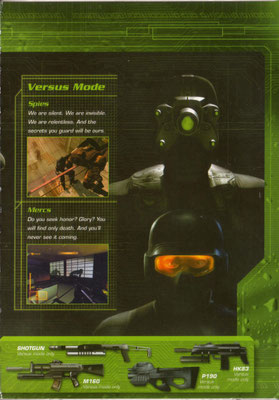 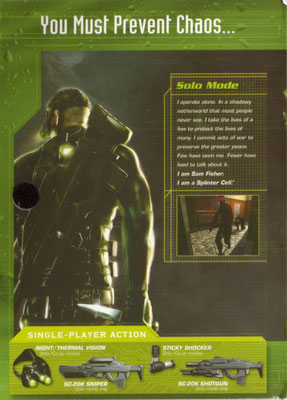 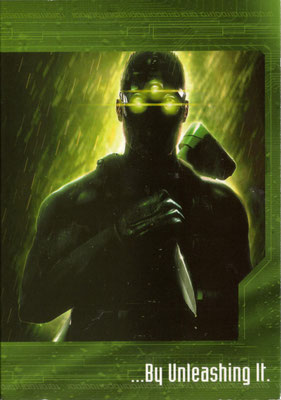 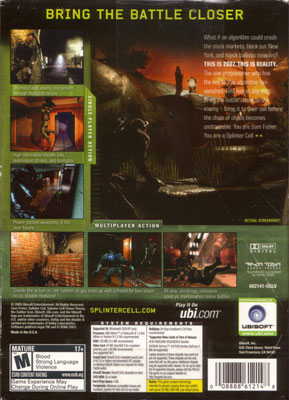 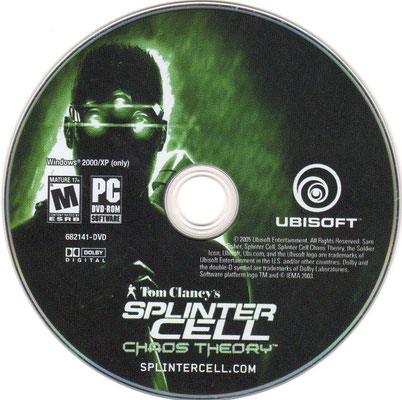 1) Parallax mapping is an enhancement of the bump mapping or normal mapping techniques applied to textures in 3D rendering applications such as video games. This means that textures such as stone walls will have more apparent depth and thus greater realism with less of an influence on the performance of the simulation.

3) Tom Clancy's Splinter Cell: Chaos Theory appears in the book "1001 Video Games You Must Play Before You Die" by General Editor Tony Mott.

4) The game makes numerous references to Metal Gear Solid 2, the most obvious one being in a particular knife-to-throat interrogation: "It's not like you can shake me and make my ammo fall on the floor to pick up". This is a reference to the mechanic in the Metal Gear Solid series where incapacitated enemies can be shaken to get ammo and other supplies from them.
5) Actor Michael Ironside reprised his role as agent Sam Fisher.
6) Chaos Theory is also the first game in the Splinter Cell series to use ragdoll physics (first featured in Rocket Jockey),
7) The cooperative mode expands play by allowing for two agents to play through a unique seven mission story mode which parallels the single-player campaigne something you can actually do in Metal Gear Solid 2.