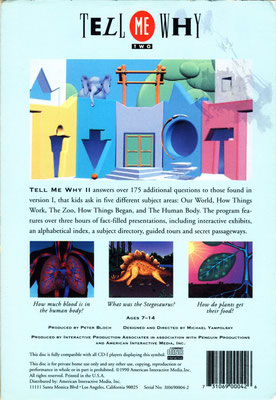 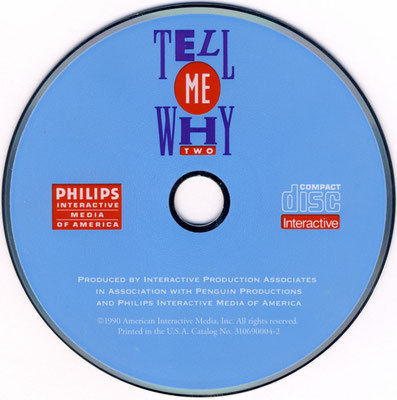 1)  Computer-generated imagery (CGI) is the application of computer graphics to create or contribute to images in art, printed media, video games, films, television programs, shorts, commercials, videos, and simulators. Term "CGI" is most commonly used to refer to 3D computer graphics used for creating scenes or special effects in films.The term 'CGI animation' refers to dynamic CGI rendered as a movie.
2) Tell Me Why Two is an interactive trivia game. The game comes with an additional 175+ questions that need answering. Questions in the game are typical questions that curious children might ask. They come in five categories: our world, how things work, the zoo, how things began and the human body. Questions are supported with audio and visuals. The game comes with over 3 hours of fact filled presentations and interactive exhibits.