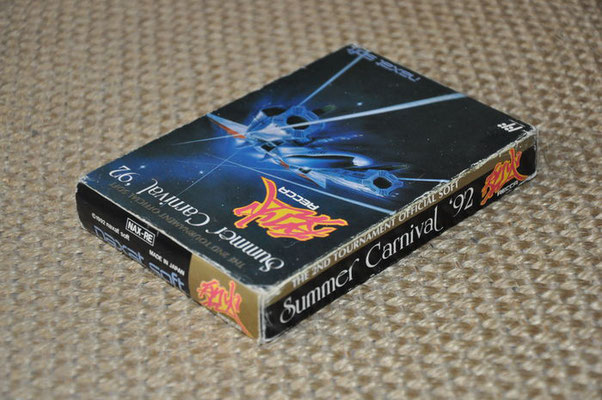 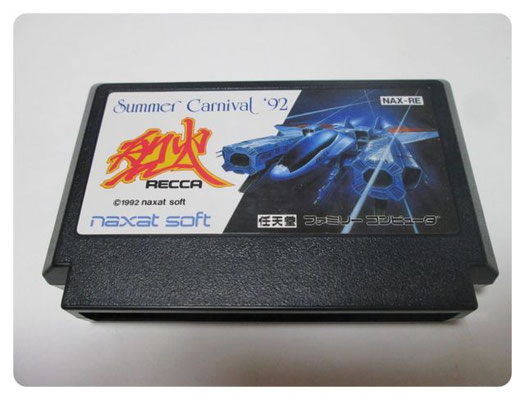 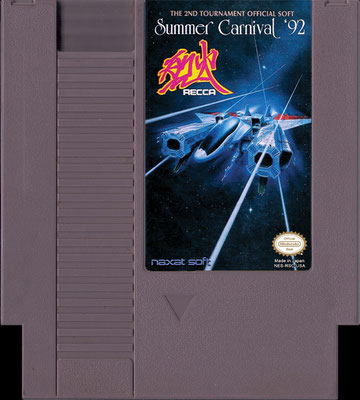 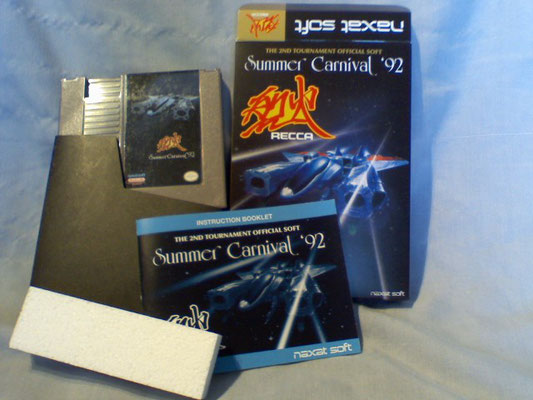 1) Recca is a vertical-scrolling sci-fi shooter in which you pilot a lone starfighter sent to obliterate the alien armada invasion that looms over the horizon.
2) Recca was designed as an official Tournament-style shooter in Japan for 1992. As only a few copies were sold, the game is now quite rare, with cartridges selling for around 20,000 yen (200 dollars). However, a download version of Recca was released for the Nintendo eShop on December 12, 2012, costing only ¥500. It also was released for the first time in North America and Europe on the Nintendo eShop.
3) Recca is one of the few games that pushed the hardware of the Famicom console. Recca worked around sprite limits of the Famicom hardware by showing sprites for effects like explosions every other frame (at 30fps instead of 60fps).
4) By using a rom hack or cheat code, the Sega logo appears and explodes, then the Nintendo logo appears. ("Sega" and "Nintendo" are spelled with "?"s instead of "e"s.)