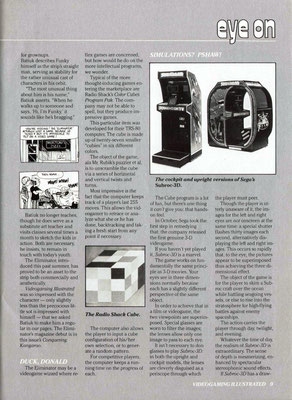 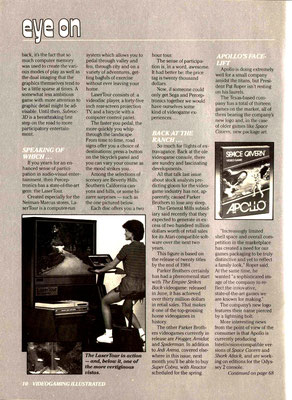 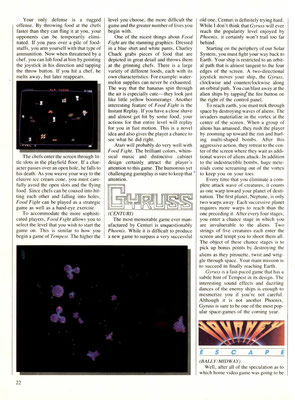 Trivia:
1) To create stereoscopic 3D effect, the 3D system in the original arcade cabinet are rapidly spinning discs that are housed inside the periscope and create a "shutter" style of 3D. Jointly developed by Sega and Matsushita, this stereoscopic 3D system was considered revolutionary at the time, as it was a major improvement over the red-blue anaglyph 3D glasses used for movies at the time, and was a precursor to the LCD shutter glasses used for most 3D movies and games today. However, the motors used to spin these half-clear, half-black discs are said to be somewhat cheap, which often led to malfunctioning units.

4) Emulated in: MAME (not fully emulated).