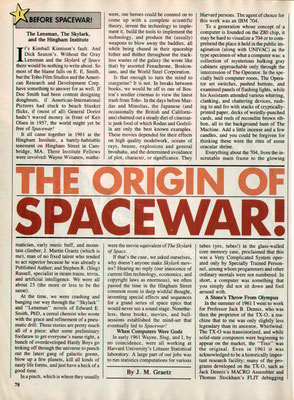 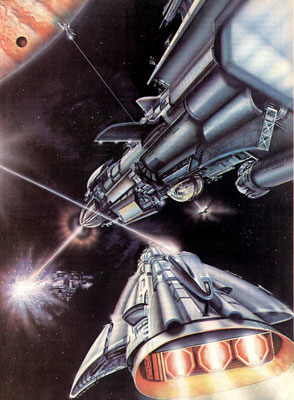 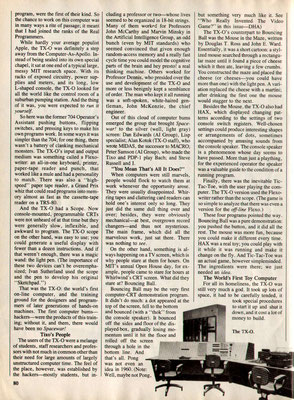 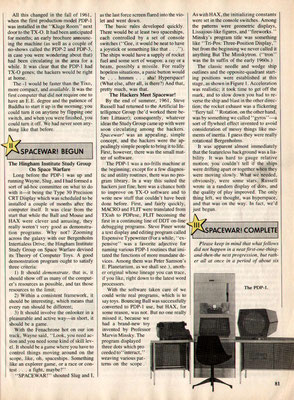 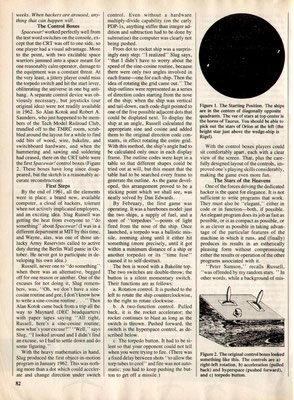 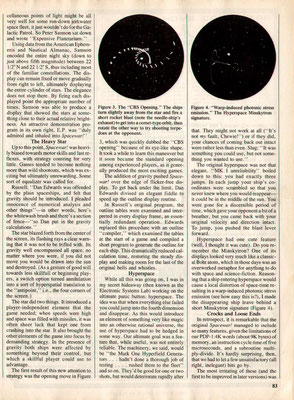 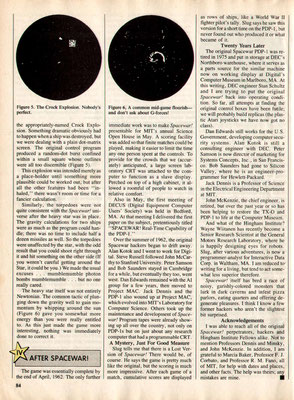 Trivia:
1) There is only one working PDP-1 computer known to exist, at the Computer History Museum in Mountain View,California.

3) Spacewar was a fairly good overall diagnostic of the PDP-1 computer and Type 30 Precision CRT Display, so DEC apparently used it for factory testing and shipped PDP-1 computers to customers with the Spacewar program already loaded into the core memory.

4) A video game emulator is a type of emulator that allows a computing device, usually a personal computer, but also other video game consoles, computers and mobile devices running operating systems to emulate a video game console's hardware and behavior and play games for that platform. Emulators are most often used to play older video games on personal computers and video game consoles, but they are also used to play games translated into other languages or to modify (or hack) existing games. More often than not, emulators offer additional features above and beyond that of the original console, such as multi-controller compatibility (such as PSX controllers being used with N64 games and vice versa), timescale control, higher framerates, higher resolutions, unlocking of gameplay features, memory modifications (like GameShark), and one-click cheat codes. Emulators are also a useful tool in the development process of homebrew demos and the creation of new games for older or discontinued consoles.

6) Electronic sports - can be defined as a form of mind sports where the primary aspects of the sport are facilitated by video games; the input of players and teams as well as the output of the eSports system are mediated by human-computer interfaces. Most commonly eSports take the form of organized multiplayer video game competitions, particularly between professional players. The most common video game genres associated with eSports are real-time strategy, fighting, first-person shooter (FPS), and multiplayer online battle arena (MOBA). Tournaments such as The International, the League of Legends World Championship, the Battle.net World Championship Series, the Evolution Championship Series, and the Intel Extreme Masters, provide both live broadcasts of the competition, and prize money and salaries to competitors.

7) Space ships called The Needle and The Wedge respectively.
8) The game was initially controlled with switches, but a gamepad was later developed to make the game easier to play.
9) In initial versions the background stars were randomly generated. In later versions the game incorporated the Expensive Planetarium program which was based on real star charts.