Riven: The Sequel to Myst 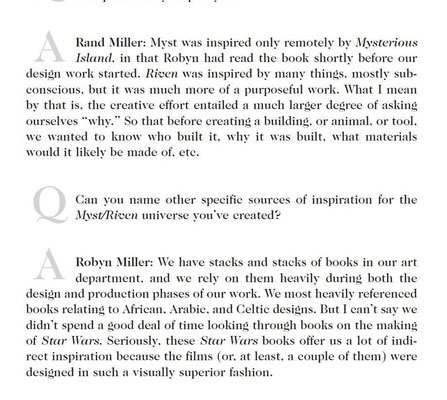 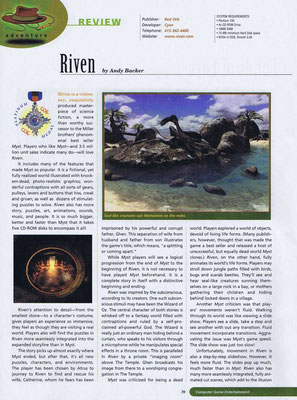 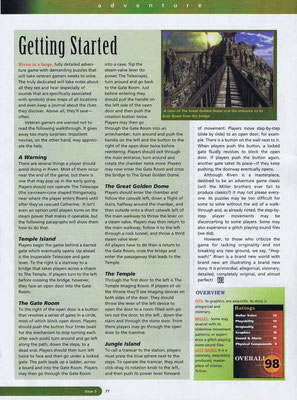 Trivia:
1) Riven had a budget of between US$5 and $10 million.
2) Whereas many computer-generated environments of the time ended up looking smooth, like plastic,
the Millers and Vander Wende developed a more gritty and weathered design, with corroded and aged
elements, to imply reality.
3) Computer Gaming World stated that "the graphics were the best they had seen in any adventure game".
4) Laura Miller of Salon declared that "Art is what Riven approaches," and praised the gameplay
as having "a graceful elegance that reminds of a masterfully constructed novel".

5) High-dynamic-range rendering is the rendering of computer graphics scenes by using lighting calculations done in a larger dynamic range. This allows preservation of details that may be lost due to limiting contrast ratios. Video games and computer-generated movies and special effects benefit from this as it creates more realistic scenes than with the more simplistic lighting models used.

7) DVD-rom version of this game was one of the first of this format along with Dragon's Lair DVD-Rom.