Rise of the Triad: Dark War 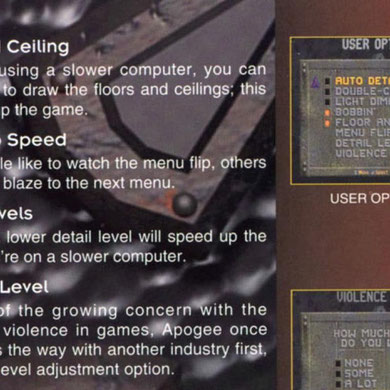 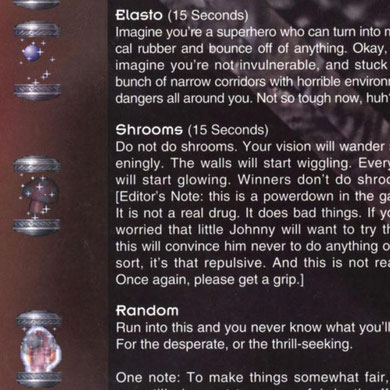 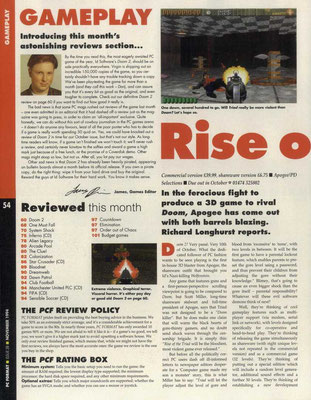 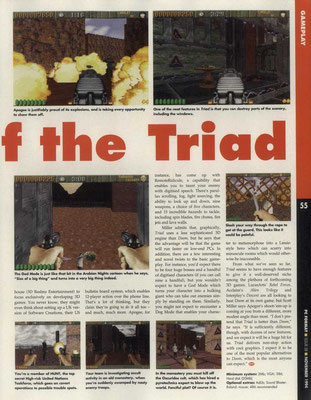 Trivia:
1) Certain enemies can perform particular actions, such as sometimes begging for their life if the player has delivered enough damage to them and faking their death.
2) All enemies are digitized actors, mostly played by Apogee employees and their friends and family.
3) Featuring jump pads that catapult a player in the air, following some physics.
4) There is also a "Hunter" mode, in which a "prey" player with no weapons has to be hunted by the rest, and a capture the flag mode, which is the first first-person shooter incarnation of CTF.
5) During its early stages of development, Rise of the Triad was initially meant to serve as the sequel to   Wolfenstein 3D, titled Wolfenstein 3D II: Rise of the Triad. The presence of the Walther PP pistol, the MP 40 submachine gun, the Bazooka, and the outfits worn by the enemies allude to Nazi Germany and imply the original aforementioned intent for the development of ROTT.
6) Most of the alternate guards had to be cut due to technical limitations at the time.
7) Strange moaning noises played during "God Mode" were based on John Romero. While cheating with God-Mode in Wolfenstein 3D, Romero often made noises that sounded like he was a "unstoppable ghost demon".

8) In first-person shooter video games, rocket jumping is the technique of pointing a rocket launcher or other similar explosive weapon at the ground or at a wall then firing and jumping at the same time. The rocket's explosion propels the player to greater heights and distances than otherwise possible.The aim of this technique is to reach areas that are either unreachable altogether, or unreachable from that position on the map quickly and/or efficiently. One downside of this technique is that the rocket blast usually injures the player.