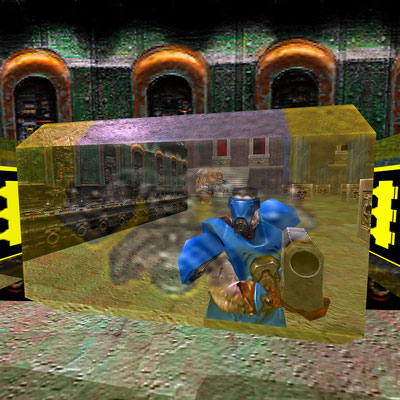 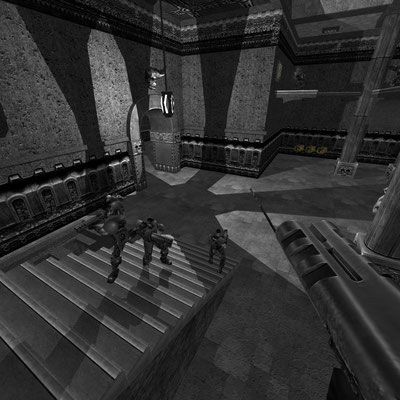 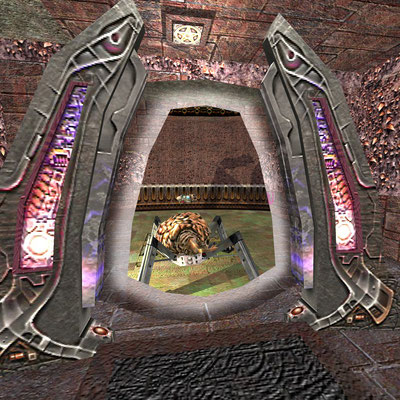 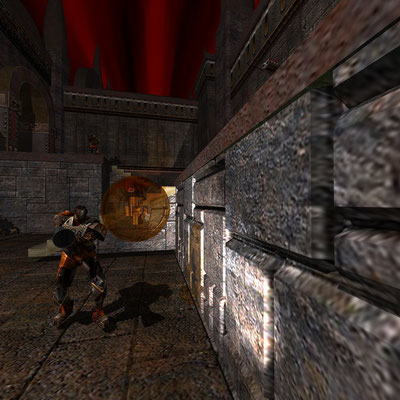 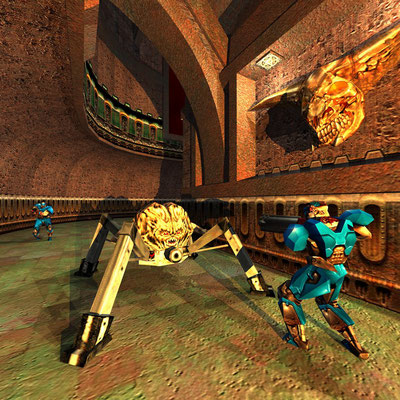 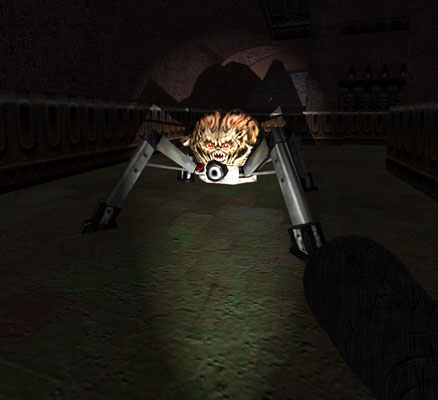 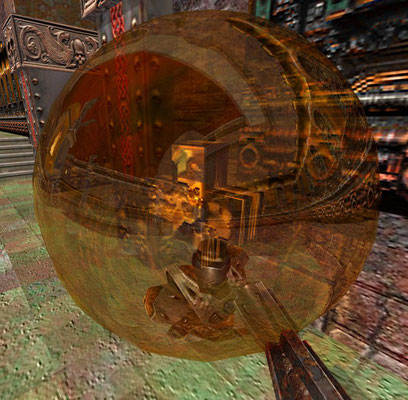 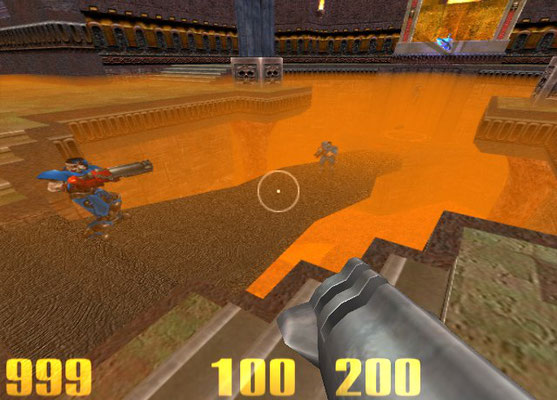 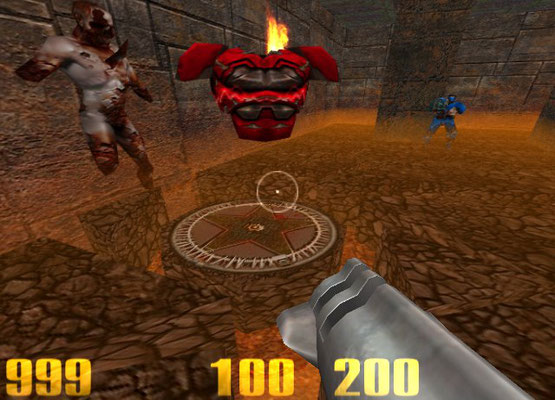 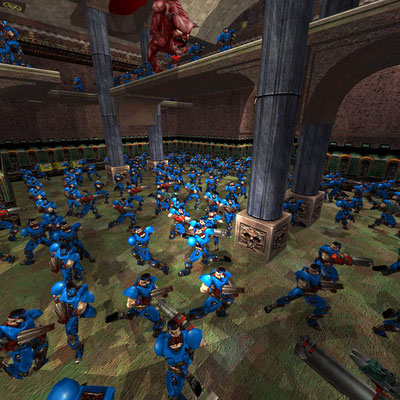 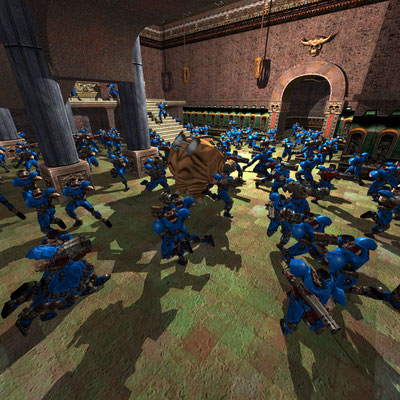 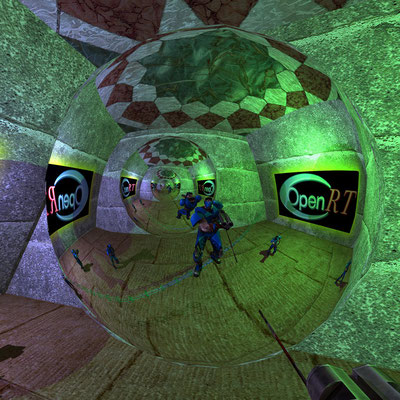 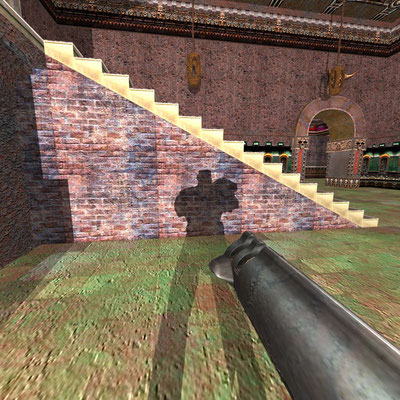 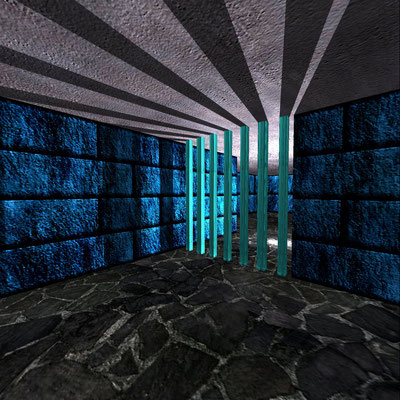 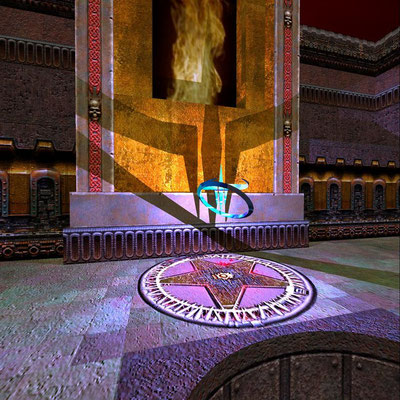 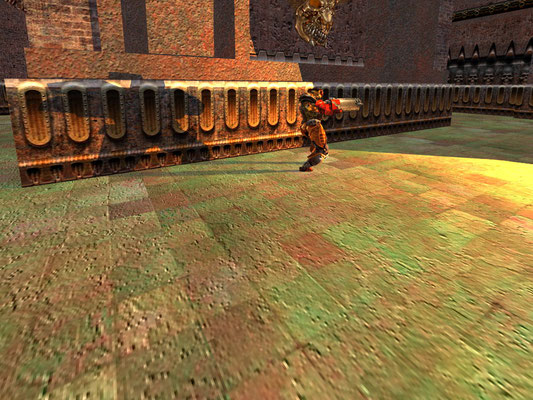 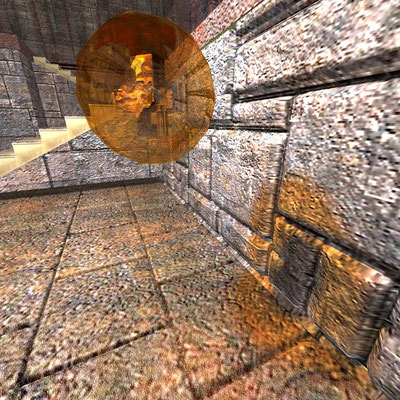 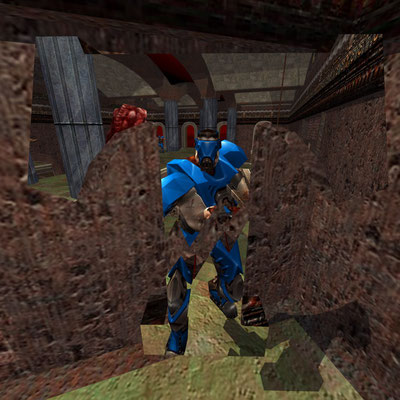 Review -  BBC News website (2007) By Mark Ward.
"Computer game graphics could soon be much more realistic thanks to research at the University of Saarland, Germany. At the tech-fair Cebit, a team from the university demonstrated a lighting technique, known as ray-tracing, using relatively low-powered processors.
Before now, many powerful computers were needed to generate the life-like images this technique can produce.
But the scientists have shown they can achieve the effect using custom-made chips or a high-end PC graphics card.
Graphics in computer games are typically rendered via a technique known as rasterisation which involves drawing all the elements of a scene using polygons.
The holy grail for game makers is to use ray-tracing to depict scenes far more realistically because it models the way rays of light bounce around a scene and are reflected off objects.
However the computational power needed to keep track of the light has meant that it can only be done using large numbers of dedicated machines.
Film studio Pixar uses ray-tracing to produce the images for its cartoons and Peter Jackson used the technique in the Lord of the Rings to make special effects look convincing.
But Professor Philipp Slusallek and co-workers from the University of Saarland have developed a series of ray-tracing algorithms that promise to make it much easier to use the technique.
Daniel Pohl, one of the researchers who has worked with Professor Slusallek, has used the algorithms to produce ray-traced versions of the Quake 3 and 4 video games.
"It gives much higher image quality in shadows and reflections," said Mr Pohl. "You can even do reflections on reflections on reflections."
This is something that would be impossible with traditional rendering techniques.
The algorithms are well-suited to the next generation of PC chips that have multiple processing cores inside them. Separate cores could be used to model different rays to make good use of the available computer power, said Mr Pohl. The algorithms are being made available to anyone to use via the Open RT project."

1) Ray tracing is a rendering technique for generating an image by tracing the path of light as pixels in an image plane and simulating the effects of its encounters with virtual objects. The technique is capable of producing a very high degree of visual realism, usually higher than that of typical scanline rendering methods, but at a greater computational cost. This makes ray tracing best suited for applications where the image can be rendered slowly ahead of time, such as in still images and film and television visual effects, and more poorly suited for real-time applications like video games where speed is critical. Ray tracing is capable of simulating a wide variety of optical effects, such as reflection and refraction, scattering, and dispersion phenomena (such as chromatic aberration). First CGI ray tracing was shown in Compleat Angler (1979).

2) The "OpenRT" project includes a highly optimized software core for ray tracing along with an OpenGL-like API in order to offer an alternative to the current rasterisation based approach for interactive 3D graphics. Ray tracing hardware, such as the experimental Ray Processing Unit developed at the Saarland University, has been designed to accelerate some of the computationally intensive operations of ray tracing. (First games with that techinque was Quake 3: Ray Traced (2004) (version of Quake 3 Arena) and "Quake 4: Ray Traced" (2007). On March 16, 2007, the University of Saarland revealed an implementation of a high-performance ray tracing engine that allowed computer games to be rendered via ray tracing without intensive resource usage.
3) On June 12, 2008 Intel demonstrated a special version of the game "Enemy Territory: Quake Wars", titled "Quake Wars: Ray Traced", using ray tracing for rendering, running in basic HD (720p) resolution. ETQW operated at 14-29 frames per second. The demonstration ran on a 16-core (4 socket, 4 core) Xeon Tigerton system running at 2.93 GHz.

4) The game MechWarrior 5: Mercenaries is one of the first major games that featured ray tracing (released in 2019) . As of 2018, the ray tracing is admitted to be a strain even on the highest-end graphic cards (like new Nvidia card with ray tracing support GeForce RTX 2080).