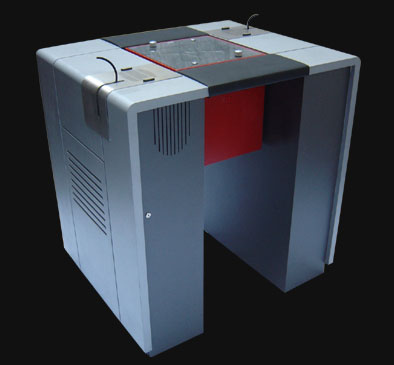 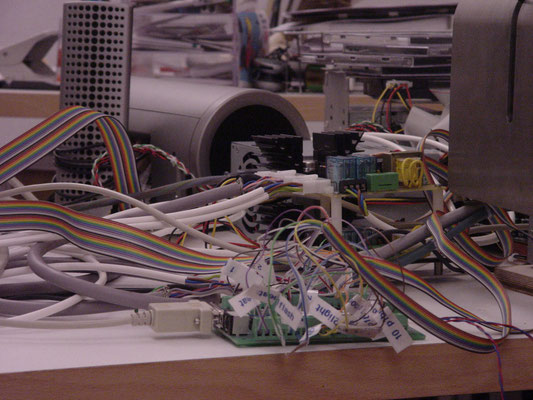 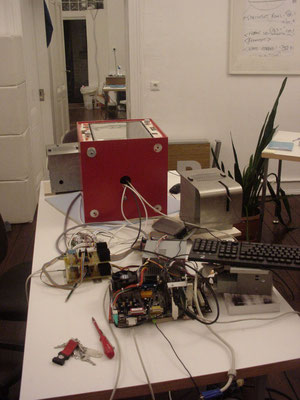 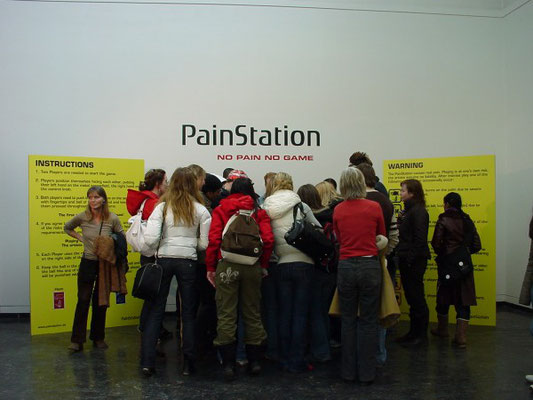 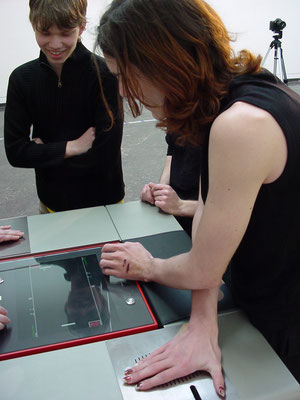 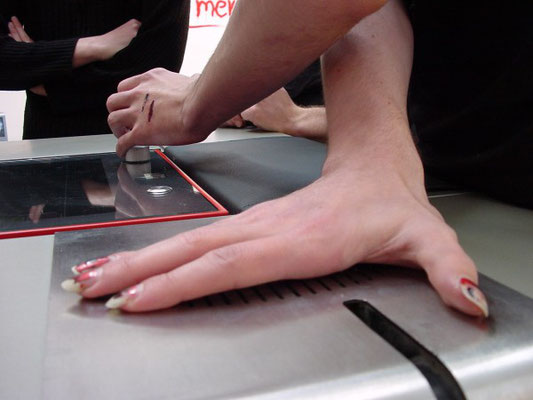 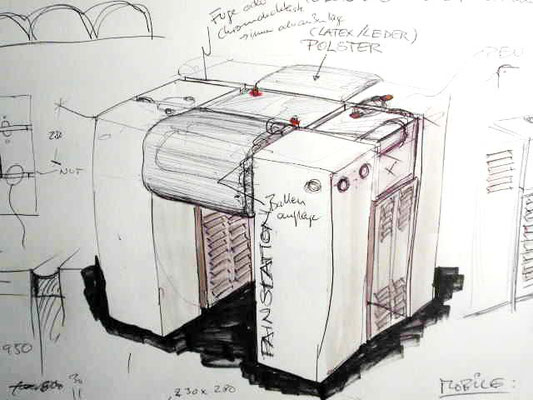 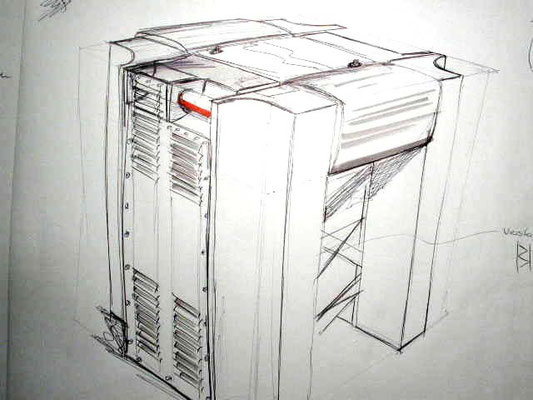 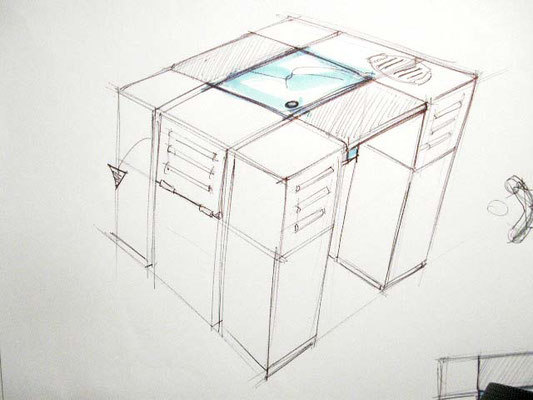 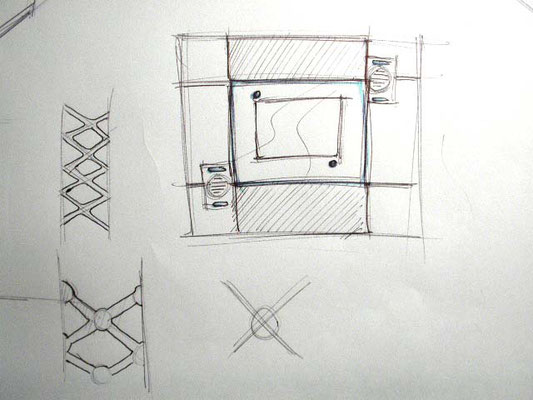 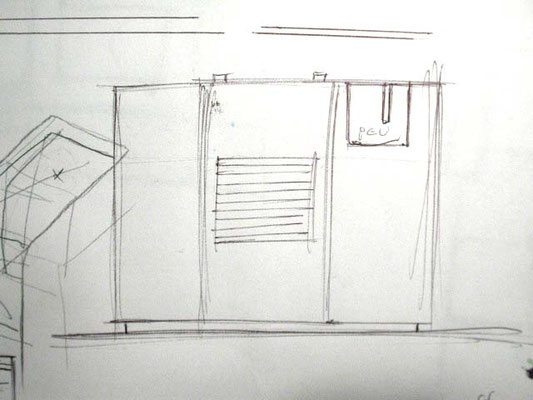 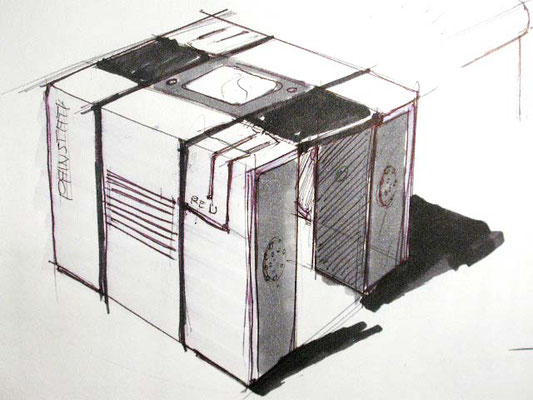 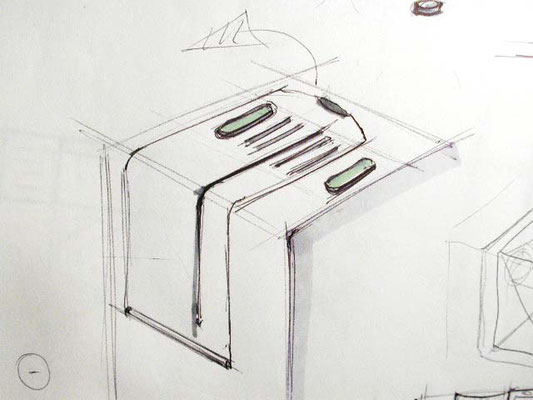 1) Arcade game based on Pong.

2) The system was originally developed by  two students at the Kunsthochschule für Medien Köln (Academy of Media Arts Cologne in Germany) in 2001, as an interactive art object.

4) Following talks with Sony, the artists described the Painstation as "The artwork formerly known as Painstation".

5) During the game, the players place their left hands on the PEU (Pain Execution Unit) which serves as a sensor and feedback instrument. Possible feedback effects are heat impulses, an electric shock and an integrated miniature wire whip. The feedback generated is dependent on the playing process and can increase in its intensity. No matter the score, the first player to remove his or her hand from the PEU device loses the game.

6) There is many updated versions of this arcade. The heart of the original system was the Apple Computer G3 Macintosh, as well as a specifically made control plate, the model was developed predominately out of available junk using a tube monitor.

7) Version 1.0.: Building date -June 2001; Size 100 x 80 x 100 cm; Weight 60 kg. Lightweight construction made from metal shelf boards, wood and plastic. Hardware consists of a G3 Macintosh, 15" monitor and Beehives ADB/IO interface device. Software realized with Macromedia Director/Lingo. Due to a limited amount of ports on the interface board only one player can receive pain at a time. The biting wire whip causes bad wounds when played excessively.

8) This game was designed to be exhibited at museums and festivals, and has been playable in several different countries throughout the years.