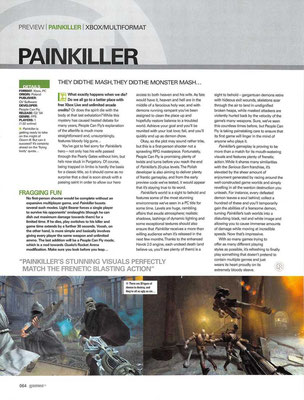 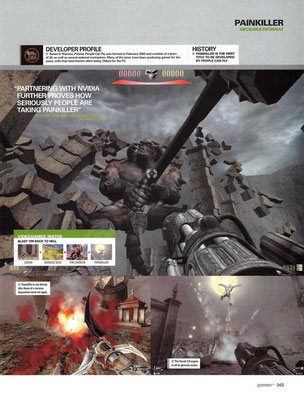 Trivia:
1) First Havok engine game is Harley Davidson: Wheels of Freedom.
2) At the end of 2004 Painkiller was chosen by the Cyberathlete Professional League to be their official 2005 World Tour game.