First 3D racing game (player’s view is behind and above the vehicle, looking forward along the road with the horizon in sight), first first-person racing game, first game to display real-time first-person graphics. 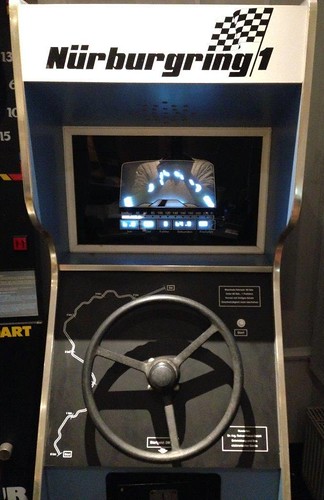 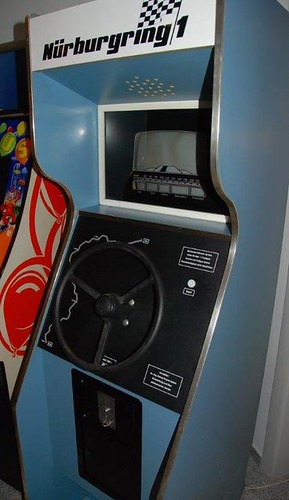 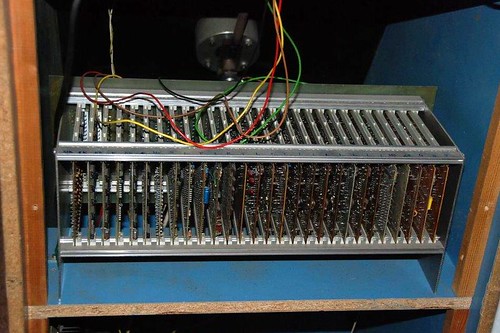 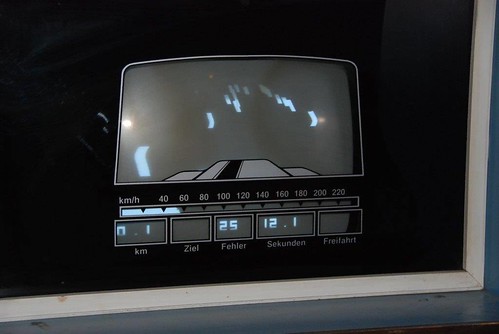 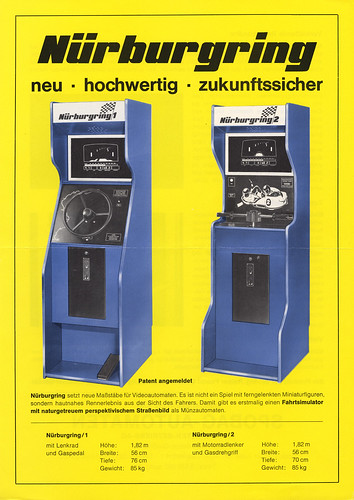 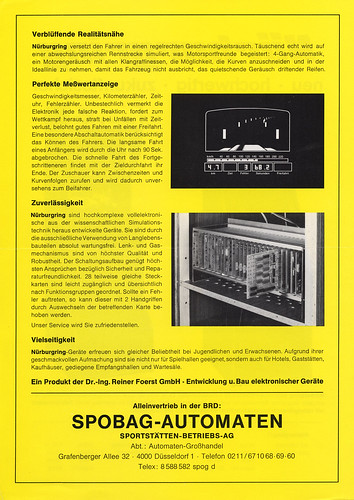 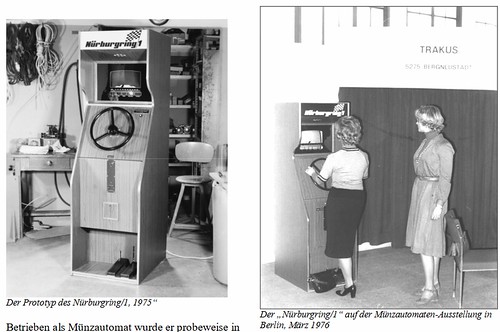 Trivia:
1) In 1971 developer Reiner Foerst took a job as director of a German wire-manufacturer called Trakus.  At the time, companies had just begun to explore the use of driving simulators in research. In 1965, the American Society of Mechanical Engineers had published a report describing such a simulator that used color film footage along with realistic sounds and vibrations to reproduce the driving experience. The system, however, was not interactive. In 1966, the Human Resources Research Organization designed a similar system. With a background in simulation, Foerst decided to capitalize on this growing market by creating the best driving simulators in the business. To do so, however, he needed money and to do that, he decided to create a coin-op driving game. Examining the patents of other companies he found that Volkswagen and British Petroleum had both created simulators. The BP system, however, used a projection screen system and Volkswagen used a large oscilloscope (along with a motion system that allowed limited movement), both of which were too expensive for a game.
Frustrated, Reiner slapped together a prototype using light bulbs to create a crude display, but the resulting product didn’t work very well. When Pong exploded onto the scene in 1973, Foerst knew he'd found a better solution and by the end of the year he was at work turning his prototype into a video game (that same year, he filed or a US patent on a tic-tac-toe like game). The first version was finished in May of 1975 and placed on location in an arcade in the university town of Giessen where it did well. Encouraged by the success of the prototype, Trakus provided more funding and the first two production units were completed by March of 1976 (when they were shown at the International Exposition for Coin-Op Games in Berlin). Production began soon after at a rate of one machine per week. Dubbed Nurburgring 1 (after the famed German race track built around the mountain village and castle of Nurburg in the 1920s) it featured almost 1,500 components, including a rack stuffed to the gills with a whopping 28 circuit boards. While the visuals were sparse (consisting almost exclusively of a series of white posts along the side of a virtual road, the first-person perspective gave the game level of realism unseen in a video driving game. Adding to the immersive experience were the game’s sounds, which included the roar of the engine, air whistling by the car, crashes, and screeching tires. The engine sounds grew louder the faster you drove and more hollow when the brakes were applied. Realistic as it was, the game was also expensive, and complicated, which is why Foerst could only afford to produce one machine a week – even though he realized this would allow other coin-op games to copy his idea.

2) Due to the limitations of arcade technology at the time, the car the player is driving is not actually drawn on-screen. Instead, the car is a printed plastic insert that is laid under the screen. Also, the fact that the car is driving at night made it easier for the programmers to draw the environment with limited graphics at the time.

3) First realistic computer animation of road was in Rendering of a planned highway (1961).

5) The player controls a car which must be driven along a road at nighttime without crashing into the sides of the road as indicated by road side reflectors.