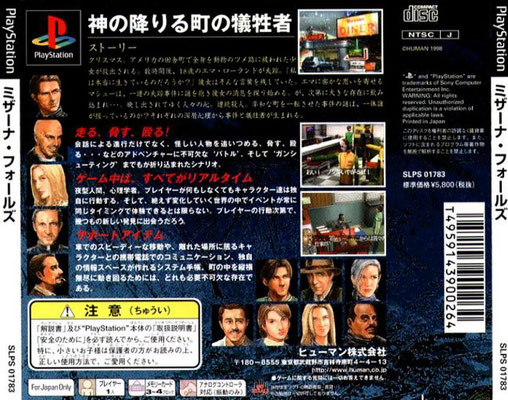 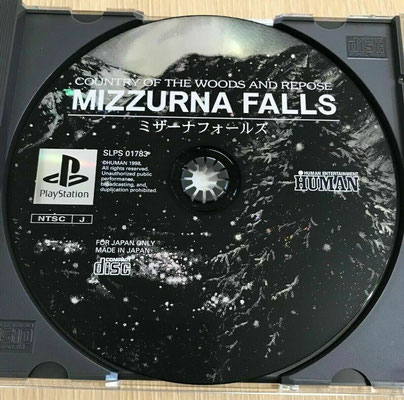 Manufacturer's description
One town reeproduced in whole 3D Polygon graphics, colorful action adventure game unfolds. Events do not always occur in the same time, or how to solve the mystery up to you! Beginning with a mysterious death case accomplished 16-year-old girl in rural America, to find Emma went missing, the case goes to step in Matthew is a hero.

2) True predecessor of Shenmue (1999) (featured phone numbers in notebook, date and day-night changes (first presented in Hunter for open world games), waking up in the morning in your own house (you can save the game there, etc).
3) First ability to eat in restaurants - it was used later in open world games (starting to appears after Mizzurna Falls only from 2004 in Grand Theft Auto: San Andreas.
4) Featured full onscreen open world map (looks similar to map in Grand Theft Auto 3 (2001).

6) You can use computer (as library screen, screen in not active,feauturing only text subtitles) first time in open world games.

7) Featured first ever motorcycle in open world games - but only enemies can ride it (in scripted sequence). Motorcycles later appeared in Shenmue (for NPCs), and first player ability to ride motorcycle introduced in GTA Vice City (2002).
8) Featured abilty to use boat in third person mode in open world (first featured in proto open world game in Hunter (1991) and even elevators (all these feautures lated expanded in GTA3).

10) Remained a Japanese-territory exclusive and never saw an official localization.

11) Like Trespasser due to complex innovations in the game, this game is almost unfinished and has many glitches.
12) Mizzurna means "truth".