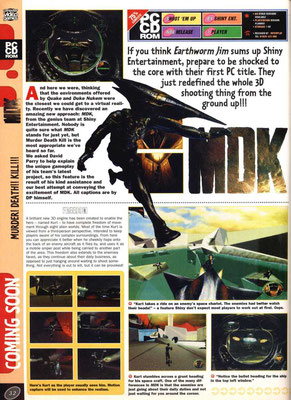 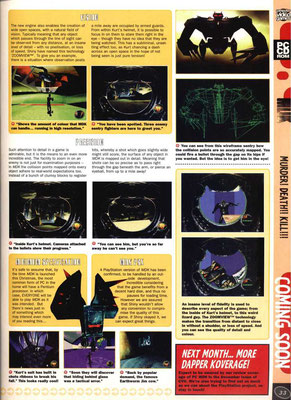 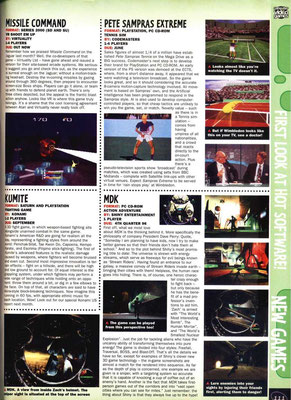 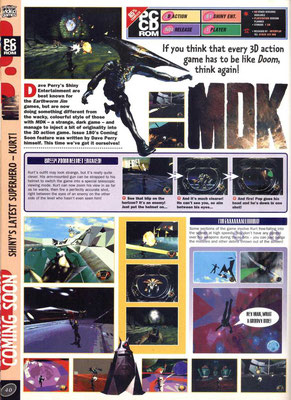 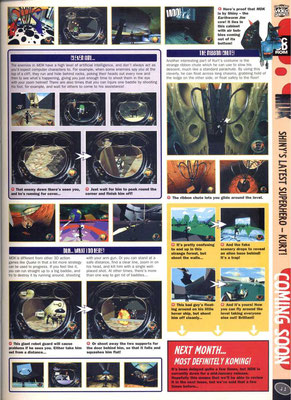 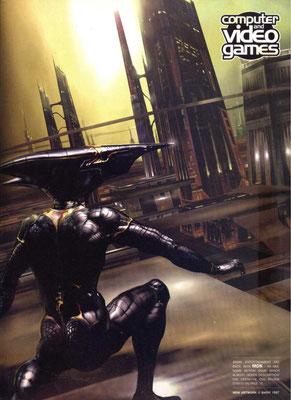 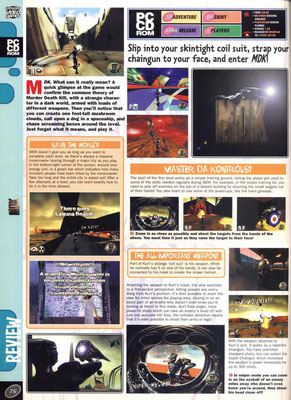 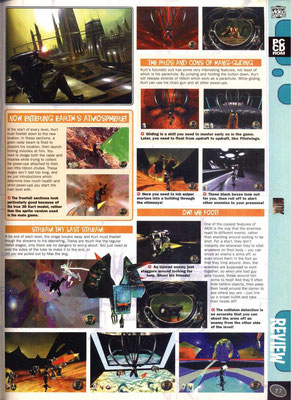 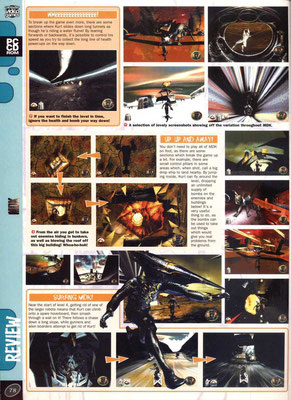 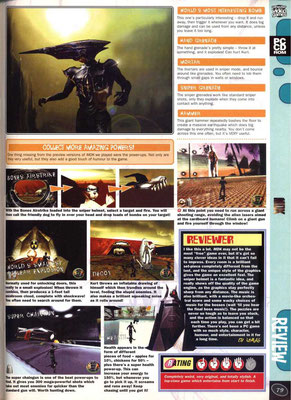 Trivia:
1) While the actual meaning of the title is not revealed within the game, the gaming press and fans adopted "Murder, Death, Kill" from the 1993 movie "Demolition Man".
2) Game Revolution's says -"MDK combines sweet graphics and revolutionary gameplay and design concepts to put it in a class by itself. Thank heavens someone decided to create something revolutionary rather than dupe others' successful ideas".
3) In the sled-surfing sequences you'll find a unique power-up not found legally elsewhere in the game (sometimes hidden on an overhead opening you can jump to instead of continuing through the main courses, sometimes laying in plain sight. The hidden arena 9 in world 5, only reachable by using the "givemealliwant" cheat, contains more of them.) These power-ups are actually the face of Jim from Shiny's "Earthworm Jim" game. Get them and for each one you catch a cow will fall on top of your enemies. Also, space tunnel  and dog on the rope borrowed from Earthworm Jim.

4) Look of "Pyramid Head" character in Silent Hill 2 is influenced by the shape of protagonist helmet from this game.