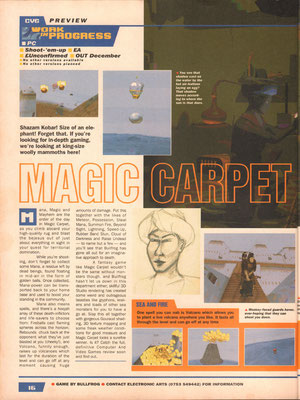 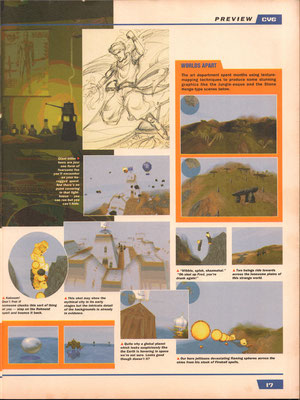 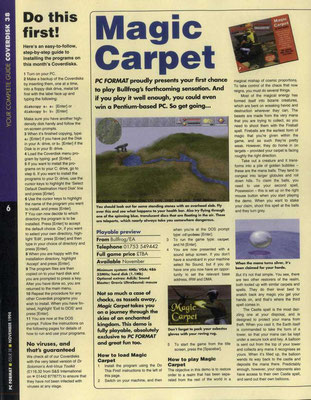 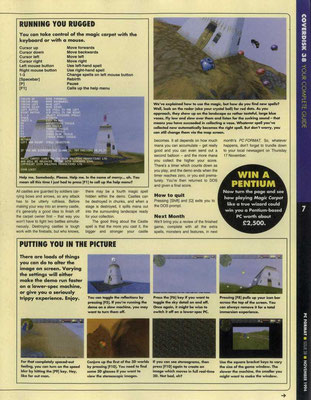 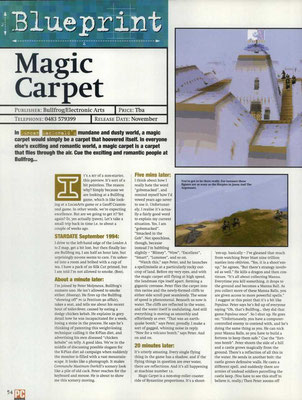 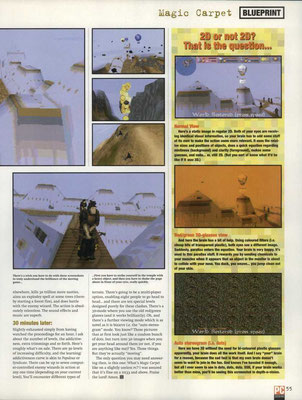 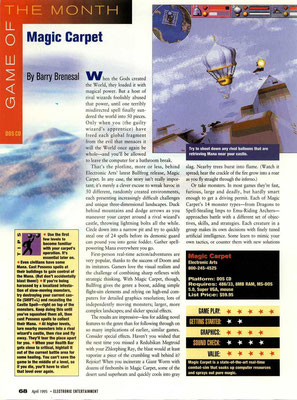 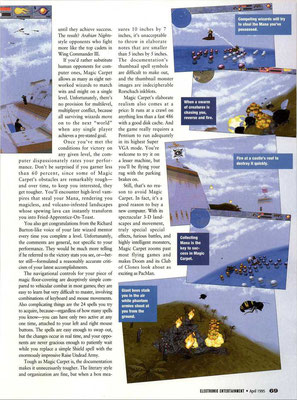 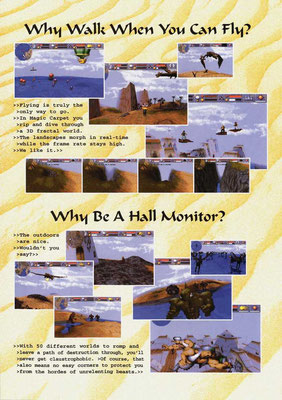 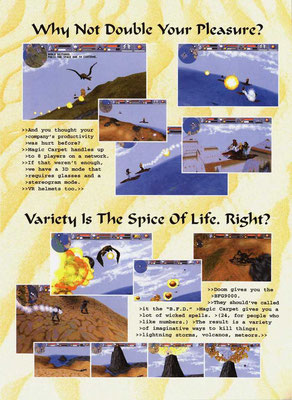 Trivia:
1) Revolutionary for the time were real-time terrain-altering spells such as crater, volcano, and earthquake; it is possible for the player to carve through a continent (rather than splitting apart a land mass, earthquake digs a twisting gorge in the ground), build up a volcano, or dig a lake (with crater). Magic Carpet had what was perhaps the best graphics engine of that time.
2) Magic Carpet was one of the first games to support 3D glasses in many different configurations. You can use virtual reality headsets, red/blue glasses, the program will even generate a realtime random dot stereogram!

5) Destructible environment, or terrain deformation, refers to an environment within a game which can be wholly or partially destroyed by the player. It may refer to any part of the environment including terrain, buildings and other man-made structures.

7) Antialiasing is the smoothing of the image or sound roughness caused by aliasing . With images, approaches include adjusting pixel positions or setting pixel intensities so that there is a more gradual transition between the color of a line and the background color.

8) An autostereogram is a single-image stereogram (SIS), designed to create the visual illusion of a three-dimensional (3D) scene from a two-dimensional image.

9) Early primitive version of 3D water can be found in the game Midwinter 2: Flames of Freedom (1991, Atari ST).