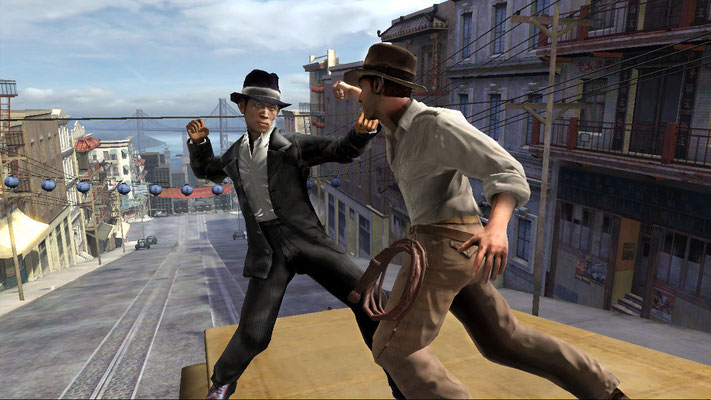 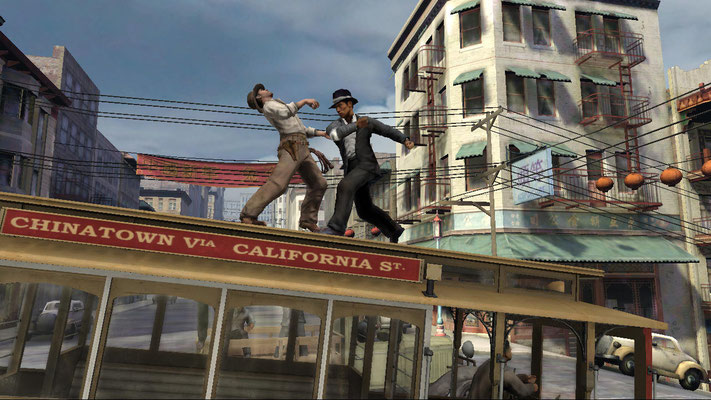 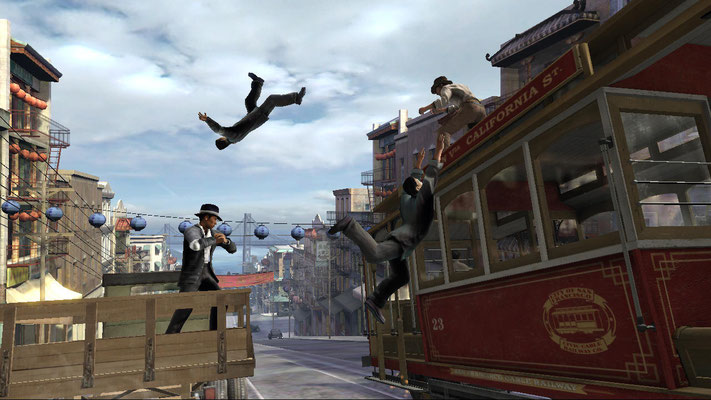 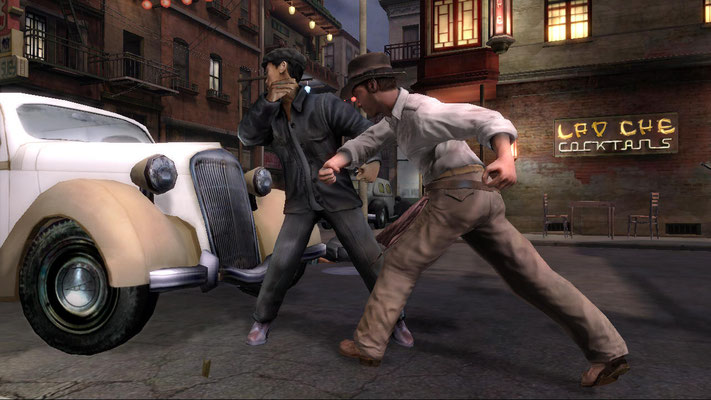 Trivia:
1) In 2005, LucasArts announced a new Indiana Jones game for next-generation consoles. Originally scheduled for a release in 2007, the game saw constant delays as a result of internal struggles. Due to severe quality issues, it was decided to cancel the project in early 2009.

2) Plot: When first shown, LucasArts highlighted Indiana Jones as their first game on Xbox 360 and PS3 – with a story written by George Lucas himself. Adventure game is set in San Francisco in 1939, which means old fashioned two-fisted borderline-offensive action with Indy trading in his usual Nazi nemeses for a battle against the gangsters of Chinatown. George Lucas said: "set in 1939 (one year after the events of the Last Crusade) and it's a mystery of biblical proportions that takes in the world's most sacred grounds as Indiana searches for ancient artefacts spanning the globe".

3) Collaboration between Industrial Light and Magic, Pixelux and NaturalMotion.

4) Only 20% of the game is actually finished, including special effects.
5) Euphoria engine - The LucasArts representative called it one of the next-gen's great upcoming innovations: AI behavior that thinks dynamically, reacting to contextual actions in a way meant to feel more like the reactions a human opponents might have. The difference between the AI gangsters Indy was fighting and your typical action game enemy was immediately, almost painfully obvious. Indy's opponents didn't wait for his player to move near them and "draw aggro" in the typical sense. They moved toward Indy on their own and tried to flank him and also tried to attack him in groups. This forced Indy's player to be careful with Indy's position. Indy had to keep his back to a wall to prevent being encircled, and couldn't rely on video game logic like relying on his whip to attack from a distance. Instead, Indy had to use intimidation tactics and his own fists to deal with his opponents. When Indy began roughing up one of his assailants, then the other thugs displayed an intimidated, wary reaction. They backed off, while also circling around to try and get the drop on Indy from behind. (IGN)

6) Digital Molecular Matter: Let's materials in the environment react like their real-world counterparts. Wood buckles and splinters realistically; ice and glass cracks and shatters; metal bends and dents under extreme force. The effect is far cooler than it sounds. Sure, you've seen wooden crates bust open and glass shatter before, but up until now, most environmental destruction has been the result of pre-defined animations and texture work. Even when it wasn't, it never took real-world physical properties into consideration. Now, you'll rarely see a door or window break apart the same way twice. In the same way that Euphoria allows for extreme levels of unpredictability in enemy behavior, Digital Molecular Matter recreates the same effect with wood, ice, rubber, graphite, cement, glass, metal and any other material developers want.

7) "Watching the effect in motion is spectacular. Depending on how Indy hurls someone through a door, the angle, speed and strength of the throw will create near-limitless door-smashing goodness. But it won't just be doors - the game also lets you manipulate an array of different materials with your fists, weapons, and anything else you can find". (IGN)
8) Best Tech Demo on E3 2006.