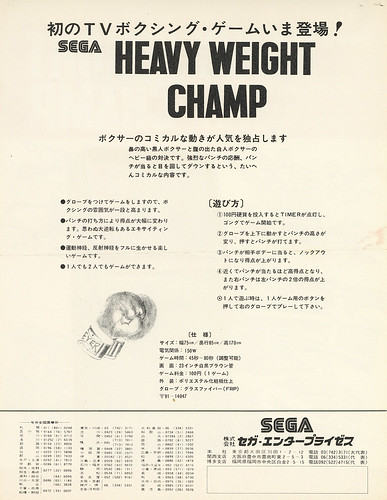 Trivia:
1) Featured gameplay viewed from a side-view perspective. It employed two boxing glove controllers, one for each player, which moved up and down for high and low punches, with an inward movement for striking.

3) First primitive attempt to create fighting videogame was an arcade game "Leader" (1973) - it uses dots to represent fighters. The object of the game is to score 15 points before your opponent, you doing this by deflecting the ball with your paddle, trying to score a miss by the other player. Game is also lost (but its just a clone of Wipe Out 1973 arcade game, that emulated in Dice emulator). It was the one of the Pong variants. (watch poster below).