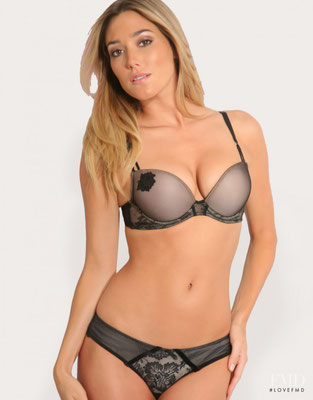 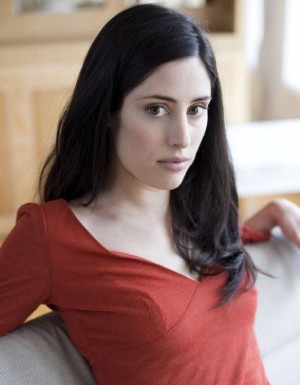 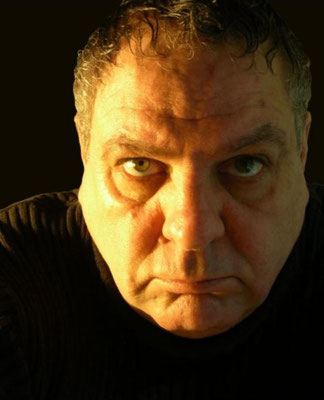 Motion capture and voice actors from the game 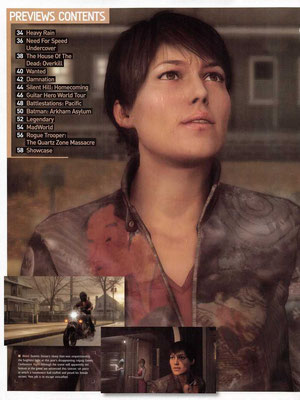 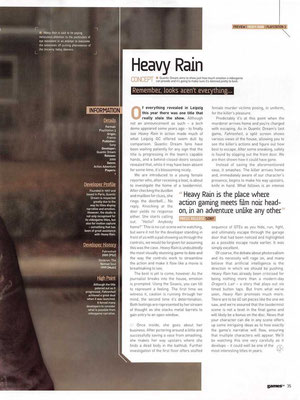 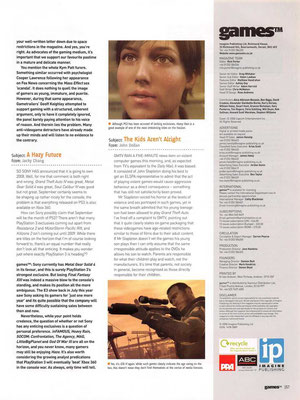 Trivia:
1) Demo version of the game has alternate intro.

4) Japanese version is censored.
5) The characters were voiced, motion captured and modeled after several actors; the three males are modeled after their voice actors, while the female is modeled after a professional model. (watch photos above)
6) Heavy Rain was announced at E3 2006, where a tech demo entitled The Casting (with motion captured Aurelie Bancilhon who played later Lauren Winters in the game) was presented to the media and general public.

7) During the BAFTA Annual Games Lecture 2013, Cage revealed that game could have been released as Xbox 360 exclusive by Microsoft, but Microsoft turned it down due to its child kidnapping theme, fearing that it may lead to a scandal.
8) Facial motion capture was recorded using Vicon MX40 cameras and system, and was enhanced with a muscle system.
9) Winda Benedetti wrote about the maturity of Heavy Rain, praising game for being "emotionally powerful" as well as having "said goodbye to the tired alien invasions and over-the-top fantasy stories so often found in video games. Instead, they peer into the dark reaches of the very real human heart to deliver stories that are thrilling, chilling and utterly absorbing".
10) Blackouts: Ever wondered what the source of Ethan's blackouts was? In the original script for the game these blackouts were a result of the trauma Ethan sustained from his first son's death in the game's intro. Instead of just blacking out Ethan would find himself hallucinating a submerged house which he would explore until finding the drowned body of one of the Origami Killer's victims. In these hallucinations Ethan would actually have unknowingly been psychically connected to the mind of the killer. Due to the backlash against the strong paranormal elements of the team's previous game, Indigo Prophecy, they decided to axe these segments only months before the game's release, leaving them as just unexplained blackouts. There is still a reference in the final version of the game by Ethan's psychologist, that he was suffering from nightmares of drowning.
11) When first announced at E3 2006 the game was intended to be multi-platform (PC, PS3 and Xbox 360). However the initial tech demo at E3 was done on Sony's PS3 development kits. The E3 crowd was so impressed by the real-time cinematic on Sony's hardware, it won best of show by some critics and generated a lot of buzz for the PS3. Sony eventually got exclusive rights to publishing the game.
12) Launch title for the Playstation Move motion controller: Although it was released months before the Move's release, the game was freely patched with native Move support before the launch of the Move, and all re-releases of the game since the Move's release have Playstation Move Support proudly displayed on the box.
13) The apartment that Ethan is moving into at the end of the game is the same apartment that was lived in by the hero of David Cage's last "interactive drama" game Indigo Prophecy (2005). Ethan even makes a funny comment about "a friend" helping him get it. That friend is Lucas Kane from the other game.

16) Game was also released on Playstation 4 and Windows (with full 4K resolution support).