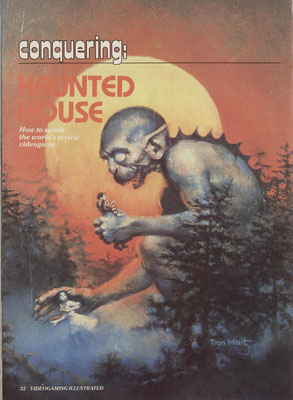 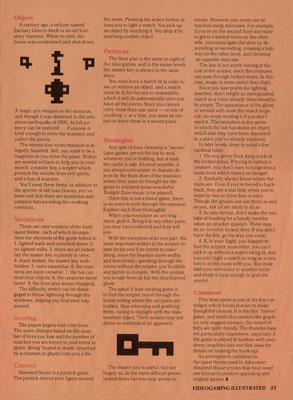 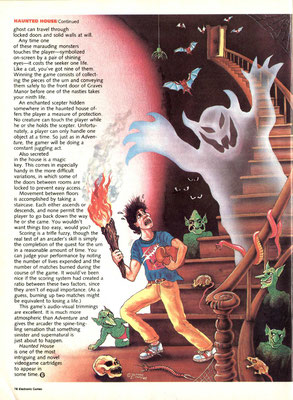 Trivia:
1) The player must navigate the haunted mansion of the late Zachary Graves to recover the three pieces of an urn.
2) The music played when the "eyes" escape the Haunted House is the theme from the TV show The Twilight Zone.

3) Predecessor of Resident Evil and Silent Hill type of games.

4) Survival horror is a subgenre of video games inspired by horror fiction that focuses on survival of the character as the game tries to frighten players. Although combat can be a part of the gameplay, the player is made to feel less in control than in typical action games through limited ammunition, health, speed and vision, or through various obstructions of the player's interaction with the game mechanics. The player is also challenged to find items that unlock the path to new areas and solve puzzles to proceed in the game. Games make use of strong horror themes, like dark maze-like environments and unexpected attacks from enemies. The term "survival horror" was first used for the original Japanese release of Resident Evil in 1996 which was influenced by earlier games with a horror theme such as 1989's Sweet Home.