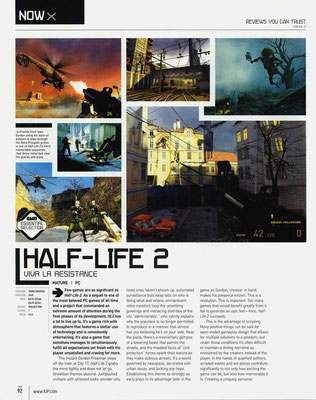 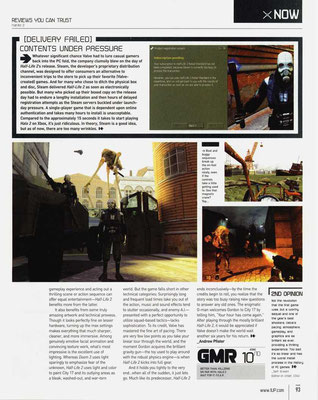 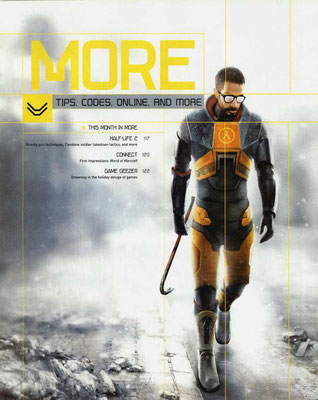 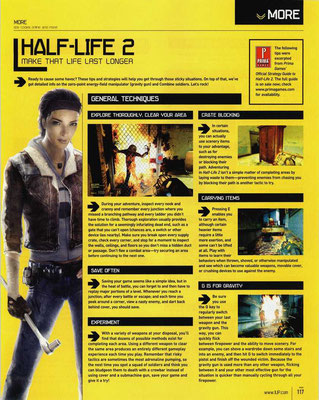 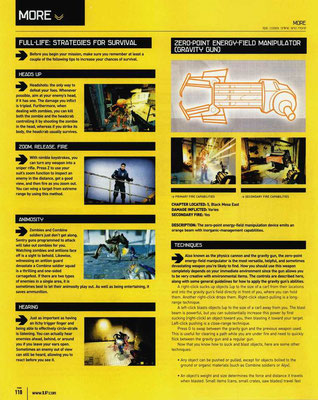 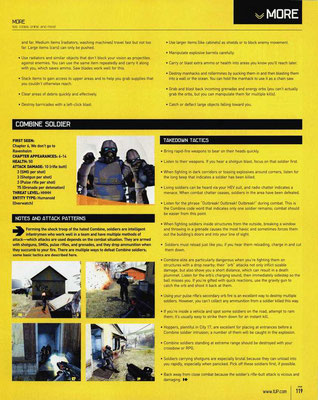 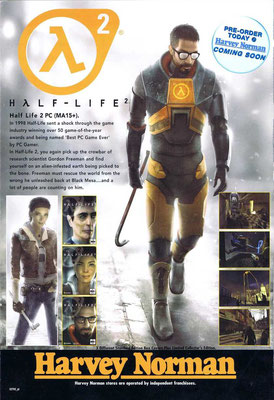 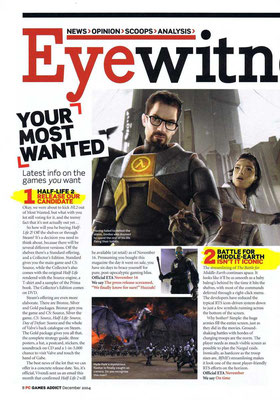 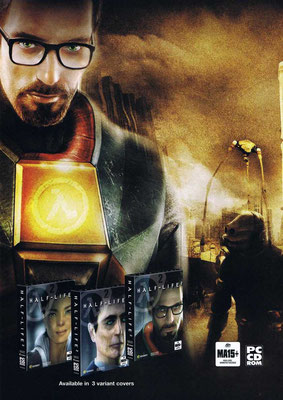 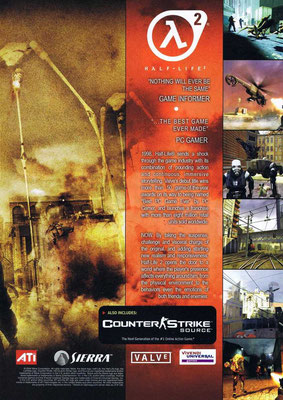 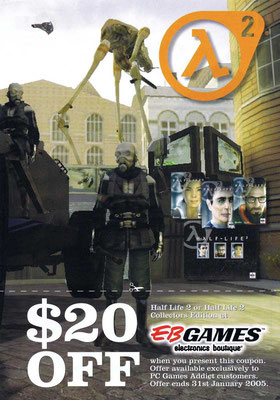 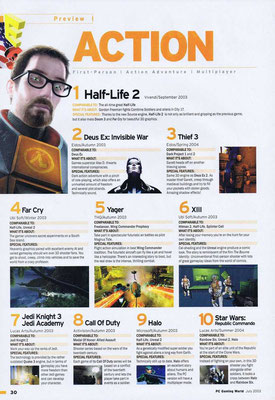 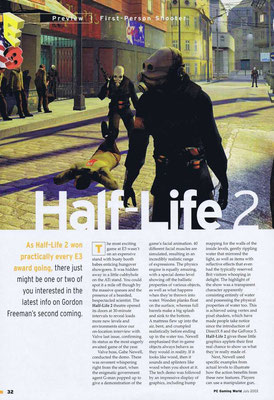 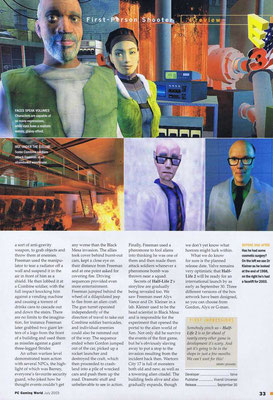 Trivia:
1) One of the deleted enemy from the game is Combine Assassin. Spawnable in the prototype of the games as npc_fassassin, this enemy is a remake of the female assassins found in the first game. The only map with one pre-placed is the fake e3_Gurluas. Presented in Half life 2 arcade version (2006) later (picture below)

Interestingly, she sports a pair of heelsprings that were recycled for Chell - protagonist of the game Portal (another game from HAlf-Life series), there even face model for Chell in unused game files (picture below).

2) Plot: Gordon Freeman is brought out of stasis by the G-Man, who inserts him into a train arriving at City 17. After arriving at the station and eluding Combine forces, Gordon joins Lambda resistance members including Barney Calhoun. The game is set around the fictitious City 17, roughly 20 years after the events of its predecessor Half-Life.
3) In May 2013, Valve released a beta update to Half-Life 2 which included support for the Oculus Rift virtual reality headset. In 2017 with new update official VR version becomes unplayable. Later playable fan mod was released. In 2020 official VR game with modern graphics "Half-Life: Alyx" was released for Windows and Linux.
4) Source code leak: In October 2003, the Half-Life 2 source code was leaked online by a German hacker, Axel Gembe, who had infiltrated Valve's internal network months earlier. A week later, a playable version of Half-Life 2 was compiled from the source code, revealing how unfinished it was. The leaks damaged morale at Valve and slowed development. The source code for the Source engine and an unfinished version of the game on October 7 were leaked on the internet by a friend of Gembe. Gabe Newell publicly explained the situation on fan website, Halflife2.net (now ValveTime) forums and asked for help from the community to track down the hackers. Gembe was eventually arrested.
5) Guinness World Records awarded Half-Life 2 the world record for "Highest Rated Shooter by PC Gamer Magazine" in the Guinness World Records: Gamer's Edition 2008.
6) Half-Life 2 was selected by readers of The Guardian as the best game of the decade, with praise given especially to the environment design throughout the game. According to the newspaper, it "pushed the envelope for the genre, and set a new high watermark for FPS narrative."
7) City 17: City 17, the main location of Half-Life 2, strongly resembles Eastern European and Soviet cities of the communist era; the architecture style of suburb districts is nearly identical to what can be see (even until now) in East Berlin, Prague, Moscow, etc. However, there is also more direct evidence to the "Soviet" nature of City 17; several times some Russian words can be spotted. For example, during the mud skipper chase there are large gates with the words ПОРТ written above; "порт" is Russian for "port" (pronounced roughly the same way as the English word). Even letters on the building in the beginnig (1st chapter) resemble USSR.
8) According to the book Half-Life 2: Raising the Bar, the original storyline spanned four in-game days instead of just three. Among the parts cut are an antlion cave, a train ride through a dried out sea bed, a ship called the "Borealis", the underwater "Kraken Base", a Combine weather control station, a chapter set in arctic regions and a skyscraper. Many of these places show up in pre-release screenshots and press material. Some parts were recycled for existing Half-Life 2 chapters, many others are making a comeback in the Half-Life 2 episodes (released in 2006 and 2007).
9) The game does not contain a model or texture for Gordon Freeman, except for his hands. A grey, untextured Freeman model can be spawned in Gary's mod, but the actual game prevents the player from ever seeing Freeman's face or body.
10) Shotgun Soldiers appear throughout Half-Life 2 and its episodes in the console versions of compilation "The Orange Box", but originally only appeared in Episode Two on Windows. As of the May 26, 2010 updates, Shotgun Soldiers appear in Half-Life 2 and Episode One on PCs as well as consoles. This also adds red goggle-wearing Nova Prospekt guards to the PC version of Half-Life 2. In the Half-Life 2 port for the original Xbox there are no Shotgun Soldiers because the game was released in 2005, two years before the Orange Box.