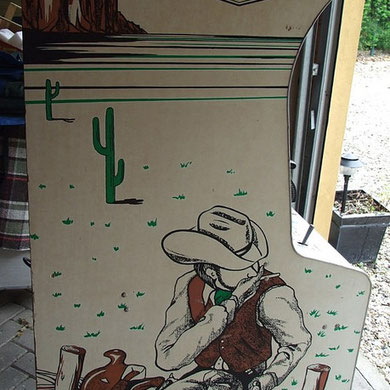 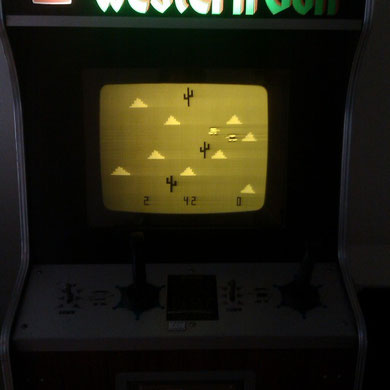 2) The title Western Gun, while making perfect sense for Japanese audiences in that it conveys the setting and theme as simply as possible, was considered to have sounded odd to American audiences, so it was renamed Gun Fight instead for its American localization.

3) Tomohiro Nishikado's original "Western Gun" game design was based on discrete logic, like most video arcade games of the time. When Dave Nutting adapted it for Midway, he decided to base it on the Intel 8080, which made Gun Fight the first video game to use a microprocessor.

4) A microprocessor is a computer processor that incorporates the functions of a computer's central processing unit (CPU) on a single integrated circuit (IC), or at most a few integrated circuits. The microprocessor is a multipurpose, programmable device that accepts digital data as input, processes it according to instructions stored in its memory, and provides results as output. Microprocessors contain both combinational logic and sequential digital logic.

6) First game with stereo sound - format was not popular in arcades, even newer high budget games like Police 911 still had mono sound. Other rare early videogames with stereo sound was arcade games Death Race (1976) and Dragon's Lair (1983). In home videogaming stereosound didn't used before 1985 with the release of Amiga 1000 computer, and first game console with stereosound was TurboGrafx-16 (1987).
7) Game uses processor Intel 8080. 2 mhz.

8) Originally released in Japan as "Western gun" (with different graphics and without processor,this version is lost).