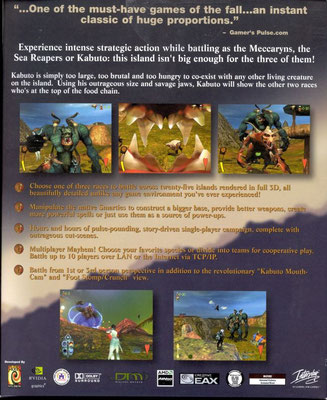 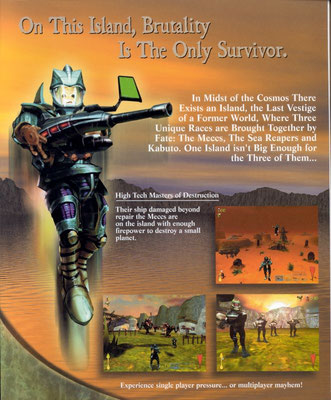 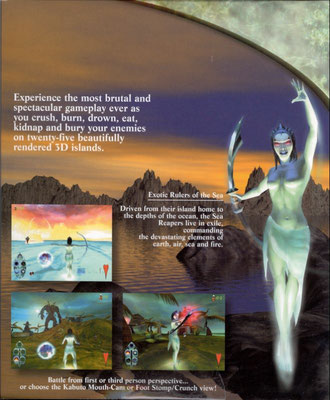 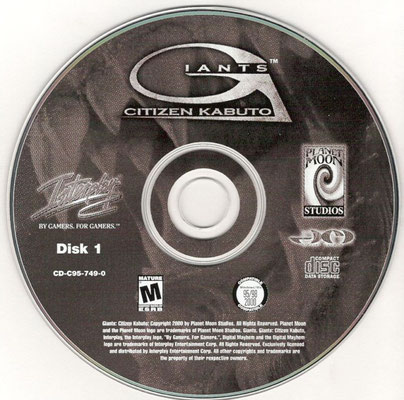 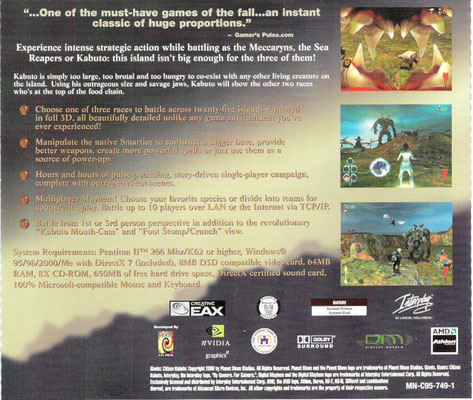 1) Normal mapping, or Dot3 bump mapping, - is a technique used for faking the lighting of bumps and dents – an implementation of bump mapping. It is used to add details without using more polygons. A common use of this technique is to greatly enhance the appearance and details of a low polygon model by generating a normal map from a high polygon model or height map. The first console capable of hardware normal mapping was Sega's Dreamcast console, and its Naomi arcade counterpart, in 2001. In comparison, Sony's PlayStation 2, released in 2000, lacked hardware support for normal mapping. Like the Dreamcast, hardware normal mapping was later supported by the GameCube and Xbox in 2001.

2) The PC version of Giants: Citizen Kabuto appears in the book "1001 Video Games You Must Play Before You Die" by General Editor Tony Mott.
3) "Kabuto" is Japanese for helmet, often describing the great war helmets of the samurai, which sometimes had decorative antlers and spikes.
4) Censorship: Due to concerns about the game's ratings, the topless Sea Ravens got a bra. It can be removed by deleting a file from the HD. However, the game was rated "M" anyway. The bra was also added for all PlayStation 2 releases.

5) It was the first project for Planet Moon Studios, which consisted of former Shiny Entertainment employees who had worked on the game MDK in 1997.

6) The team faced a tight schedule, and abandoned several features initially in the game. Early designs allowed players to change the landscape; they could gorge out water channels and isolate segments of the land by playing as Reapers.The Kabuto character initially could bake mud into "mud shepherd" units and use them to defend its herd of food.