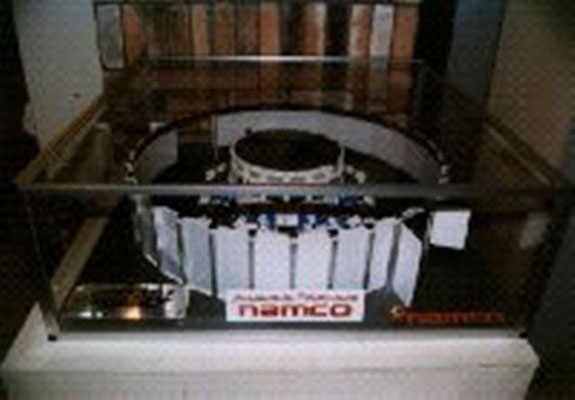 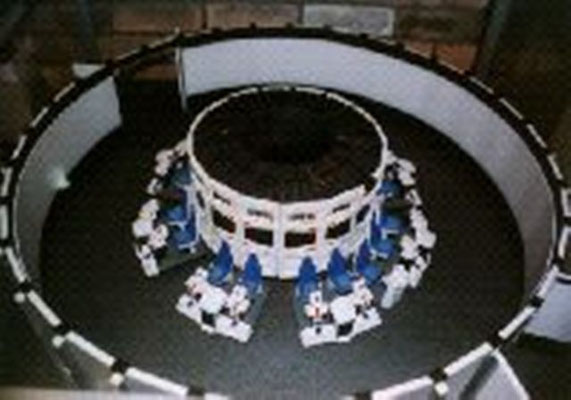 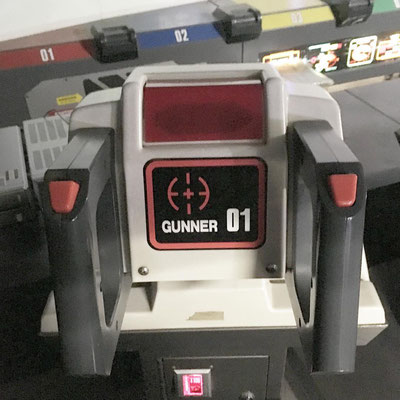 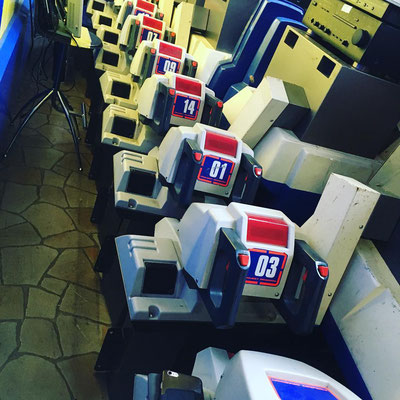 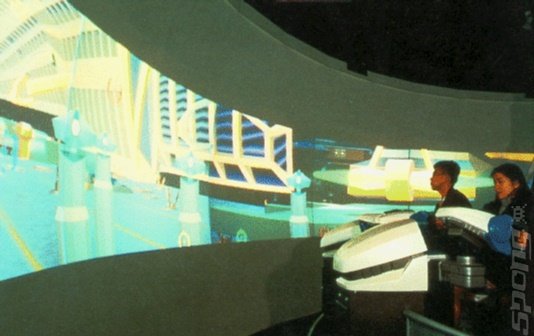 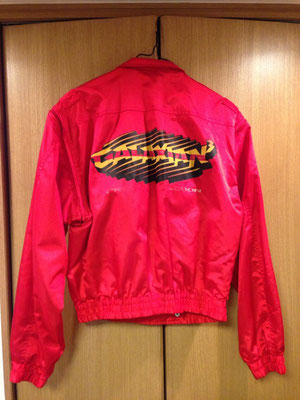 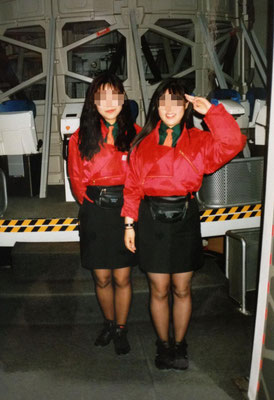 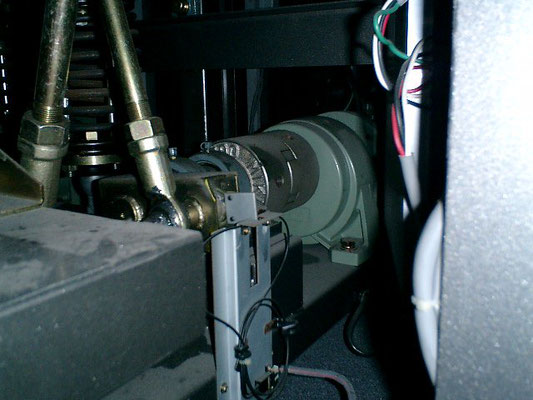 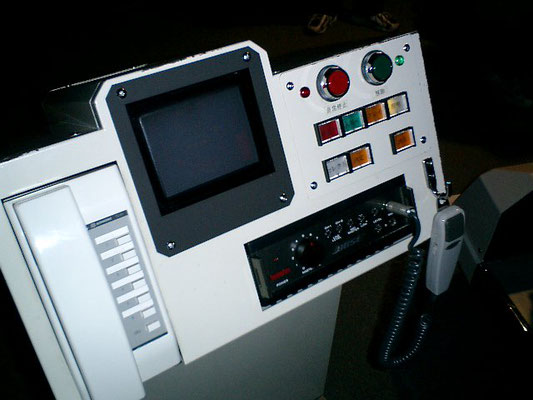 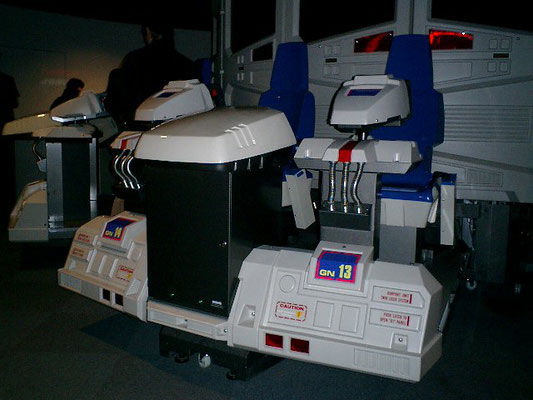 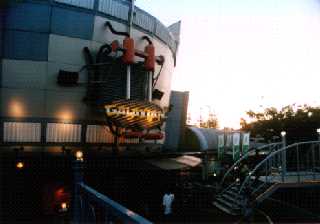 Photos of the cabinets, building, operators and screenshots 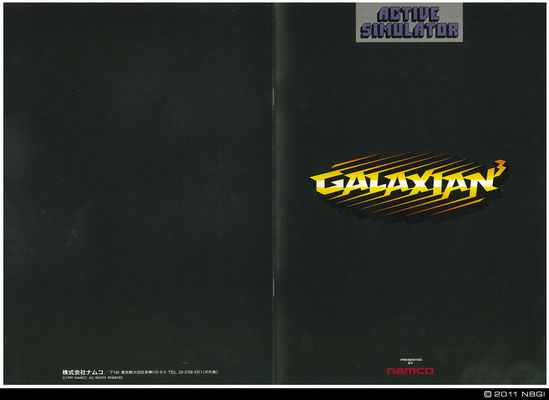 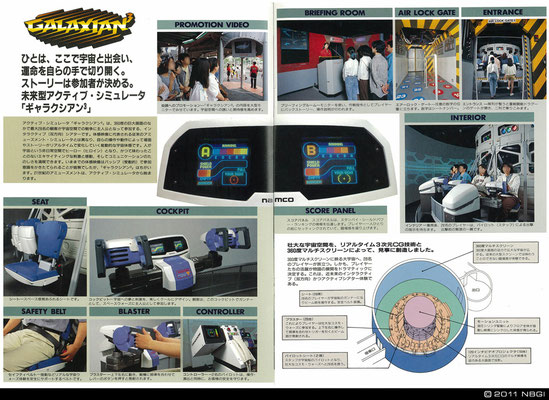 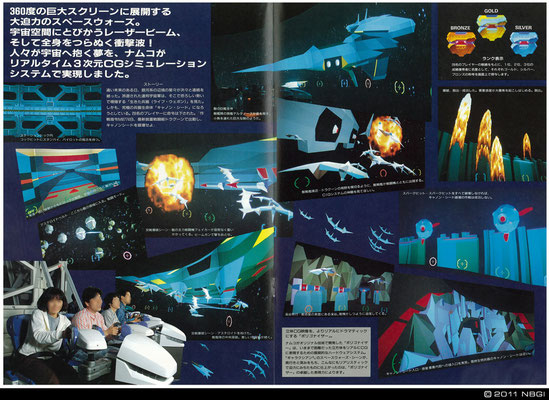 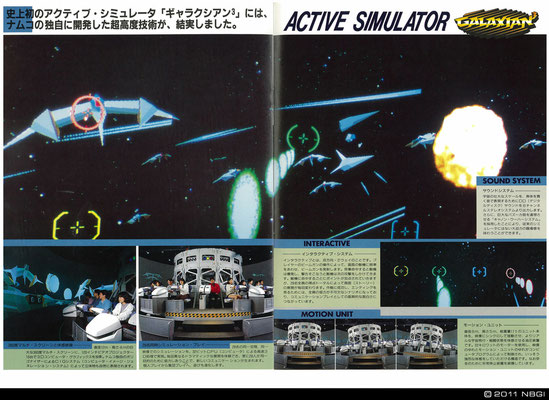 Trivia:
1) 360 degrees display using 16 projectors each (120 inches diagonally) and seated 28 people simultaneously in a hydraulic gaming arena.
2) It uses multiple Namco System 21 boards with synchronized laserdisc players and computer graphics (up to sixteen boards and players), similar graphics used first time in the game Star Rider (1983).
3) There was also a simplified version of the attraction, for 16 players (which did not have as many of the features as the original 28-player version). The attraction eventually closed in 2000.
4) Plot: Galaxian 3 was set in the time when humanity made their first attempt to travel beyond their Solar System, and rushes into the days of space exploration. Several of the planets, including the fictitious planet Alpha, which is located at the edge of the galaxy cut off the communications, following an observational data of uncontrollable crustal movements. As a response to this incident, the United Galaxy Space Force (UGSF) is sent out to investigate only to discover the first threat to humanity: the Unknown Intellectual Mechanized Species (UIMS), a race of machines which are of various sizes, made up of inorganic substances, one of which is called "Live-Weapon". A countermeasure agency was started, and the UGSF were kept up with a series of investigations, relating to the UIMS. After the result in which they had kept on developing as a weapon, they became an ultimate doomsday planet-busting weapon, "Cannon Seed", which could compress the planet's internal energy and discharge it to destroy an entire planet, turning it into fragments. This was the last from the UGSF supervisory satellite after giving a report about the Cannon Seed aiming at the Earth. The bravest elite gunners went on board the UGSF's most powerful spacecraft, Dragoon (which is where the scaled-down version of this game "Project Dragoon" gets its name from).
5) First game in the series was Galaxian (1979).

7) Game is not emulated.