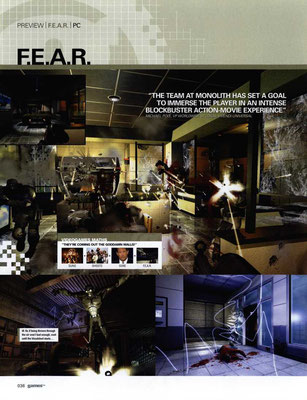 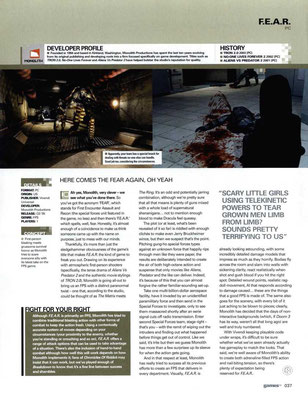 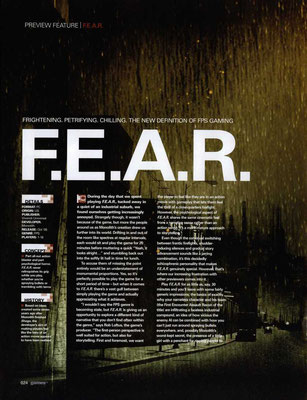 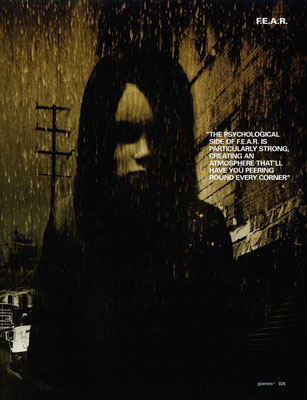 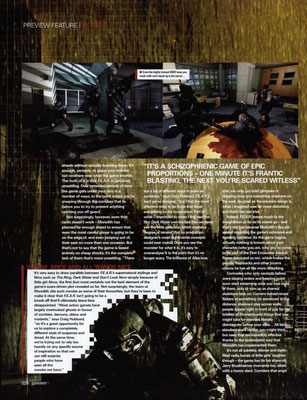 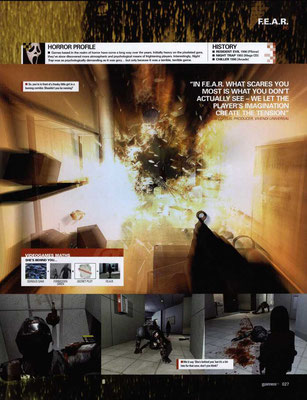 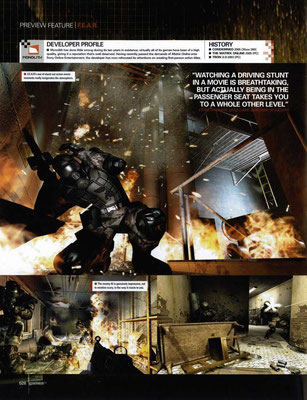 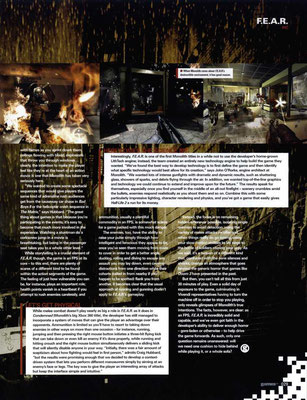 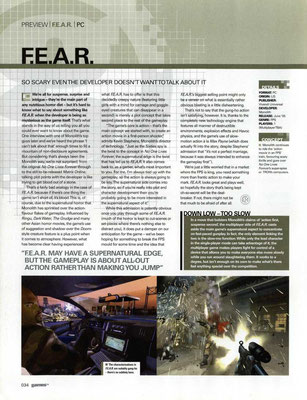 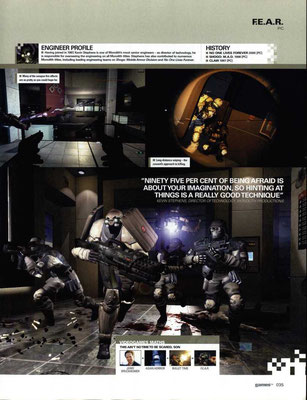 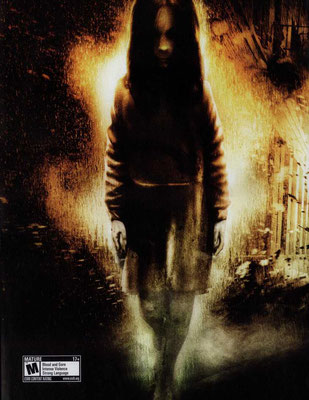 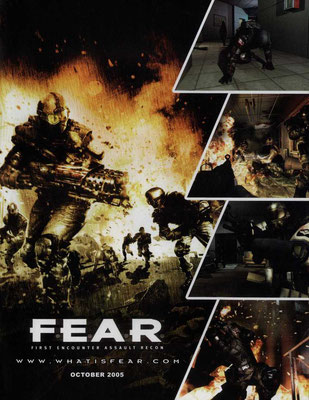 Trivia:
1) Events take place in 2025.
2) The New York Times calling it "as thrilling and involving as Half-Life."
3) F.E.A.R. uses normal mapping and parallax mapping to give textures a more realistic appearance; the latter is used to give the appearance of depth to flat bullet hole sprites on walls. First game that used parallax mapping was Splinter Cell: Chaos Theory.
4) A core element of F.E.A.R. is it's horror theme, which is heavily inspired by Japanese horror (The Ring).
5) Artificial intelligence allows computer-controlled characters a large degree of action. Enemies can duck to travel under crawlspaces, jump through windows, vault over railings, climb ladders, and push over large objects to create cover.
6) Developers Dave Matthews and Nathan Hendrickson said that the name of the girl in the game "Alma" comes from the character Alma Mobley in Peter Straub's novel Ghost Story.
7) PC Gamer regarding it as "... the first game to convincingly channel the kinetic exhilaration of "John Woo violence" in the FPS format."
8) In the console versions blood textures on killed characters and the environment were removed. For the Xbox 360 version this was later revoked by patch.
9) In the German version all gore effects and the skeleton after killing an enemy with the energy weapon were removed. Enemies still bleed when being shot, but the blood does not spray on the environment.
10) F.E.A.R.  was the most graphically-intensive commercial game at the time. It has replaced Doom 3 as a popular benchmarking tool for companies testing new graphics cards.
11) Some of the vending machines that appear in the game are the exact same ones that are used in studio  Monolith's other games: No One Lives Forever and  Condemned: Criminal Origins.

12) First AI enemies uses a planner to generate context-sensitive behaviors: this technology used as a reference for many studios still today. The enemies are capable of using the environment very cleverly, finding cover behind tables, tipping bookshelves, opening doors, crashing through windows, and so on. Squad tactics are used to great effect. The enemies perform flanking maneuvers, use suppression fire, etc.