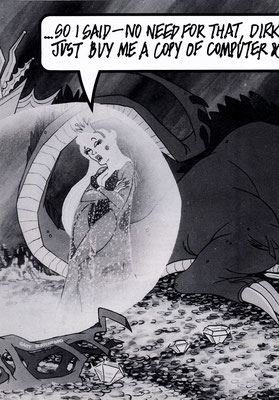 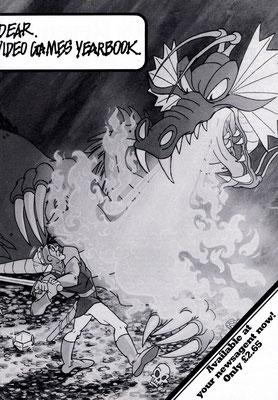 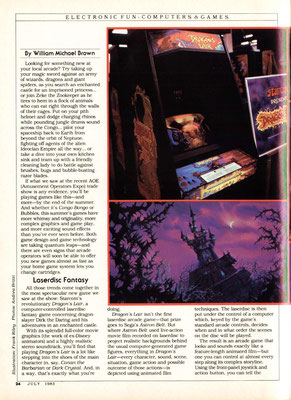 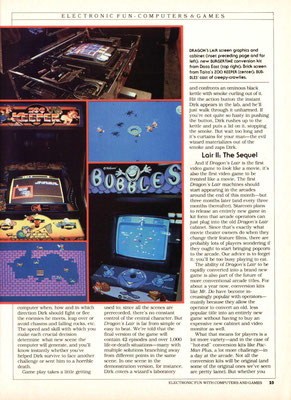 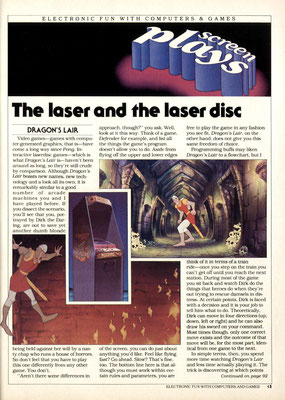 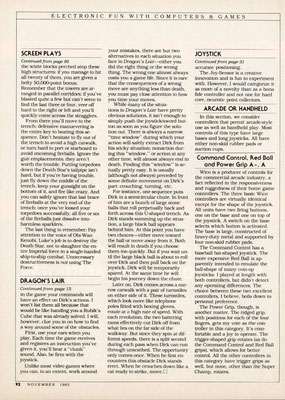 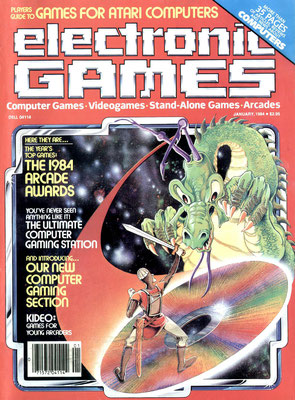 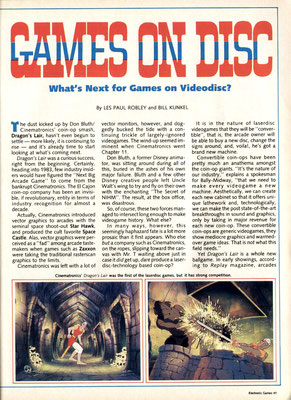 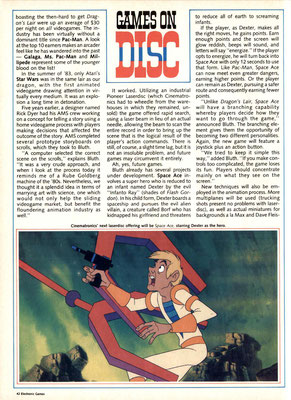 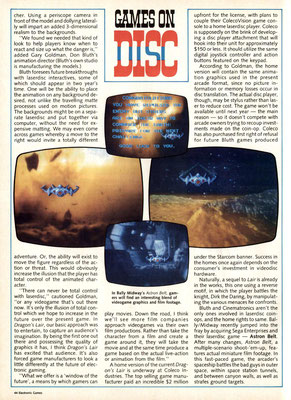 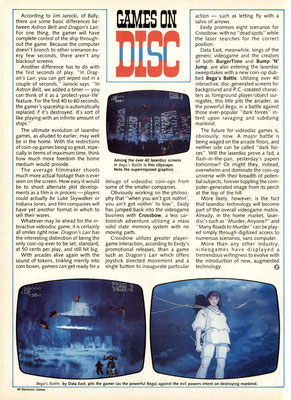 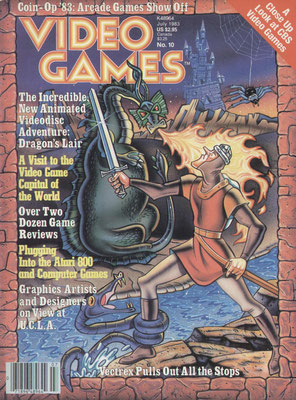 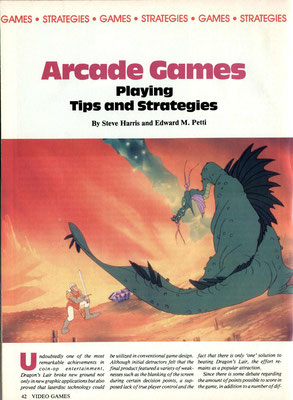 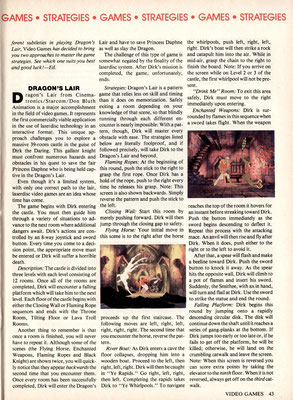 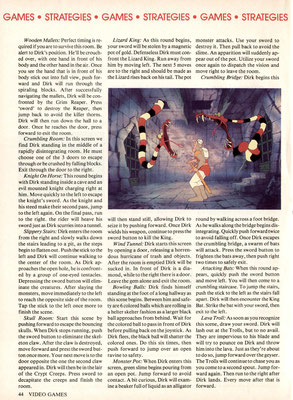 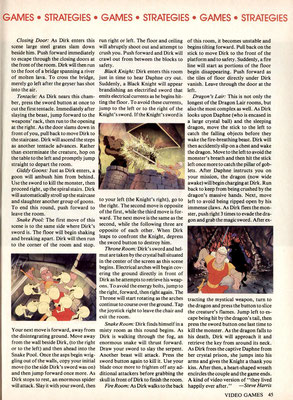 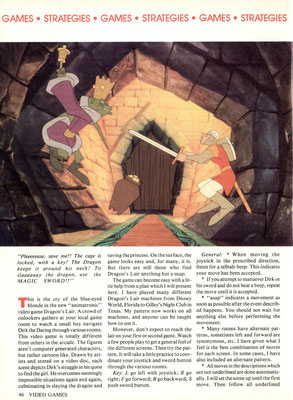 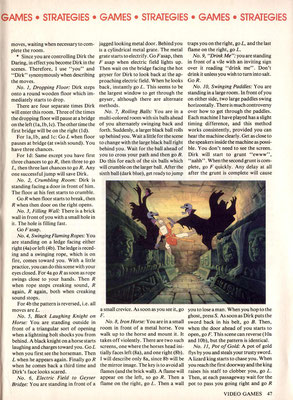 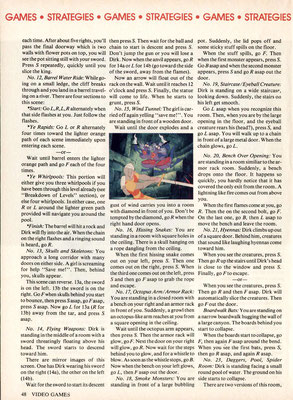 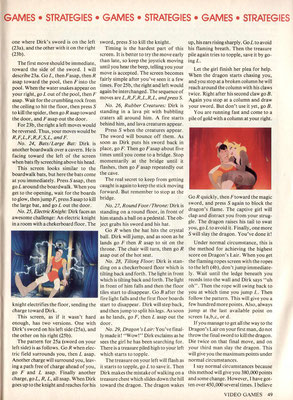 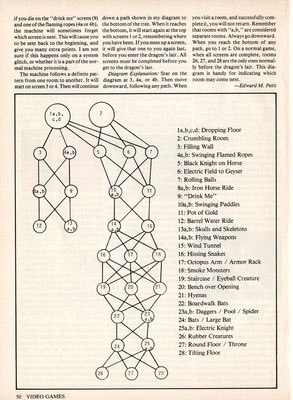 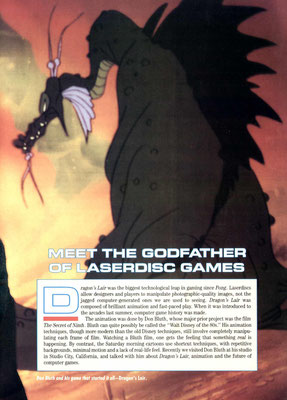 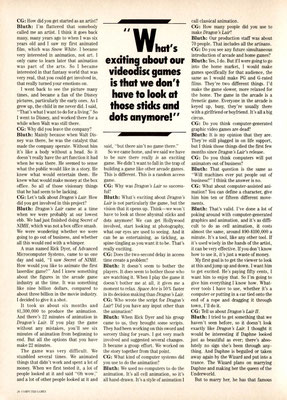 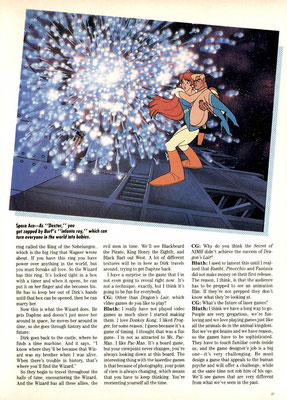 Review   COLORFUL GRAPHICS AREN'T FOR EVERYBODY
By ERIK SANDBERG-DIMENT
Published: March 27, 1984
"NOT only is it fashionable to have a personal computer these days, but the electronic industry is every bit as trendy as the haute couture. This year's spring showing appears to focus on colorful graphics.
Graphics simply means the ability to display and manipulate pictures instead of words and numbers. While this does not seem startling to a generation that has grown up with home video, it is a major feat in personal computing, one that will probably not be fully realized for at least another decade.
Sophisticated graphics require a great deal of computer memory and a more powerful central processing unit (C.P.U.); that is, one able to deal with more bits of information at a time, than has previously been available in a personal computer. Although it may seem strange that it takes a more powerful C.P.U. and greater memory to quickly draw a simple stick-figure person, cow and barn against a green meadow and a blue sky than to instantly divide the square root of 14 by pi, that is in fact the case.
Besides a mightier C.P.U. and lots of memory, a computer usually needs a special circuit board, generally known as a graphics board, along with a high-resolution monitor. All these things are expensive and take a long time to be developed. In an industry rushing to meet the future before it arrives - with the least expensive product possible, at that - it is not surprising that graphics has been kept on the back burner.
Recently, however, through a combination of declining computer chip prices and a search for new marketing angles with which to meet the consumer's question of what to do with a personal computer, graphics has begun to come to the fore.
Systems such as Apple's Macintosh and the even newer Mindset, from a new company of the same name, represent the first step in this trend toward improved personal computer graphics.
I have had only a brief look at the Mindset computer, and no real chance to operate it, since the machine is not yet being shipped, but it promises to be an interesting model for those in search of better graphics display. It appears to offer all the components needed to be competitive in today's cutthroat personal computer market, from a mouse-style pointing device to I.B.M. compatibility, plus color rather than black-and- white graphics.
The Mindset is not, however, 100 percent I.B.M. compatible; it cannot run such widely circulating programs as Microsoft flight Simulator 1.0. I hazard the rough guess that 50 percent or more of all the I.B.M.-PC owners have at least tried their hands at flying their computers with Flight Simulator. As crude as its graphics might appear to the uninitiated, this program is a software tour de force, and it is probably the most popular graphics program available for the I.B.M., which leaves me with a nagging doubt concerning the increasing hoopla over personal computer graphics.
For a whole panoply of specialized applications - from bar charts in a school report to free-lance book designing to architecture and engineering - this graphics capacity will seem a godsend. For the rest of the world, everyone who is simply looking for a good word processor, for instance, I don't see much need for graphics.
A COMPUTER picture is neither art, it seems to me, nor necessary for the purposes of conveying information. My negative feelings on the matter extend, especially, to all those pie charts one always sees the obviously successful business executive pondering with a smile in computer advertisements.
Frankly, I don't know that charts like that necessarily say more than a few chosen words would. Nevertheless, people do want pictures, or so the computer manufacturers seem to believe. Who am I to argue with instant multimillion-dollar successes - and failures?
Let's face it. Video games in all their irrationality are what spawned the personal computer industry. The so-called graphics in such primeval versions as Pong didn't merit the use of the word by even a minimalist. After all, it's pretty hard to think of a bouncing ball and a couple of lines as a picture.
Yet Pong was a real achievement, both technologically and, in a sense, intellectually, as it proved to be a new idea for emptying America's pockets of quarters.
The realization that graphics really will come to dominate personal computers in the next decade swept through my mind as I passed the game arcade in Penn Station.
A herd of commuting executives had gathered around a young player whose mastery of Dragon's Lair, the first interactive video disk computer game, was obvious. The enrapturing video display had the quality of a movie cartoon, if jerkier in its sequence shifts.
Visually, the difference between Pong and Dragon's Lair is the difference between playing with match sticks at a bar and controling the actions in a movie. And as the Xerox machine catapulted our culture into the paper-swirling mentality of making six copies of everything just in case they might be needed, personal computer graphics will probably drag us all into a wretched visual excess where a thousand pictures will replace a single meaningful word."

Trivia:
1) The game consists of animated scenes, during which the player has to press direction buttons or the sword button in the right moment to trigger the next segment of the movie.
2) Featured animation by ex-Disney animator Don Bluth.
3) Sound Engineer, Dan Molina was the voice of Dirk the Daring. Vera Lanpher, head of assistant animators, was the voice of Daphne.
4) It is currently one of only three video games (along with Pong and Pac-Man) in storage at the Smithsonian Institution in Washington.
5) Princess Daphne was met with mostly positive reception. She has been cited by several publications as one of the most attractive characters in video game history. UGO included her on their 2010 list of top 50 "video game hotties", stating: "When the game was released, Daphne was the best-looking video game heroine around, so we still have a bit of a soft spot for her today."
6) The production company could not afford to hire models for the Daphne character so they used pictures from Playboy magazine for inspiration.
7) A version was released on home CD-based consoles (Sega CD, 3DO) that included an extra scene/stage.
8) A scene cut from the game would've involved Dirk fighting a series of Gargoyles who would throw spears at him, as he navigated through some stepping stones and would finally find an exit inside a treasure chest. It got as far as pencil tests, and could've been remastered for the home video releases, but the scene just wasn't fun to play and remained cut.

9)  Arcade game uses a laser-disc player made by Philips (model 22VP 932/00) and a Z80 microprocessor to generate the images and action required for game play.

11) First ingame cheat - unlimited Lives : On some versions of Dragon's Lair the programmers left a secret that allows you to have unlimited lives. To access it, wait for the Attract Mode to begin, then hold the joystick UPLEFT and press the Sword button while inserting your quarters. Release the joystick and then select 1 player. You will now have unlimited lives until you complete the game.( First ever game with cheats (trainers) is Wizardry (1982),
12) Director Don Bluth would regularly view the progress of animation on it's original film format while editing on both a one inch display and in a full sized movie theater screen. Because of that, he was always disappointed with the picture quality of the subsequent versions of the game because the quality was never as good as it's film version until the HD versions was released.

13) Princess Daphne's animations were not only inspired by Playboy magazine pictorials, but showed nipples, as described by Don Bluth himself in the DVD edition of the game. Bluth resorted to extense "documentation" for crafting the character poses, and while animators almost always remove nipples even if their characters have skin-tight clothing, Bluth left them in making an entire generation of videogamers very happy indeed.

14) Quick time event (QTE) is a method of context-sensitive gameplay in which the player performs actions on the control device shortly after the appearance of an on-screen prompt. It allows for limited control of the game character during cut scenes or cinematic sequences in the game. Performing the prompted action improperly or not at all results in the character's failure at their task and often in an immediate game over (Watch Shenmue for more).