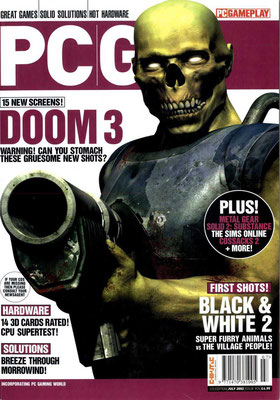 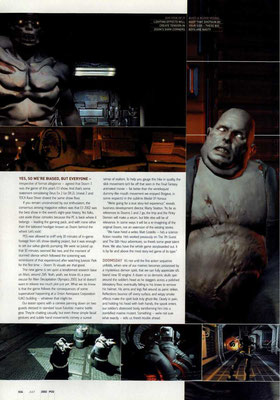 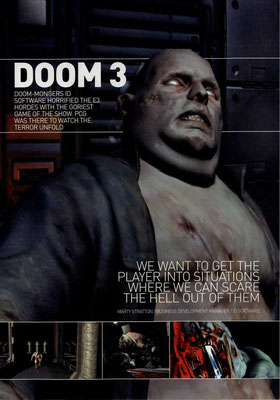 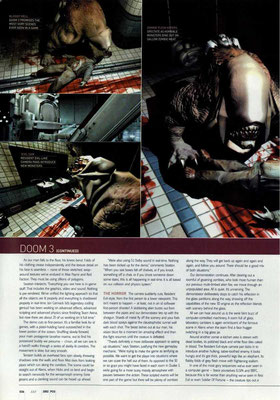 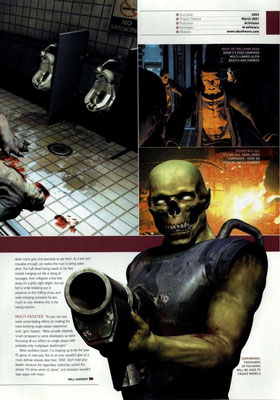 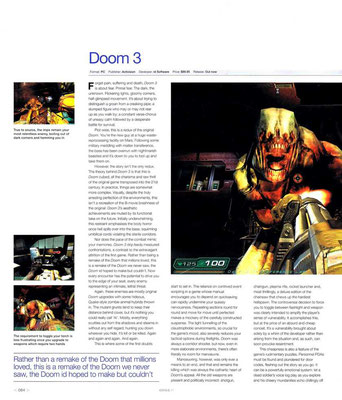 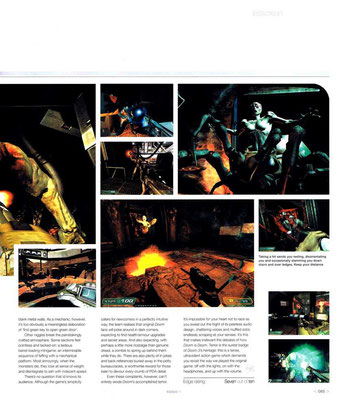 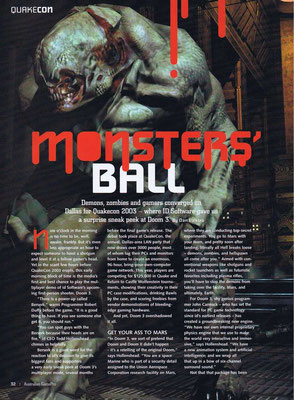 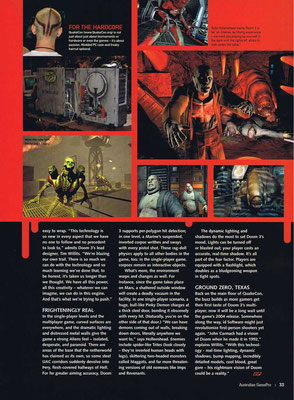 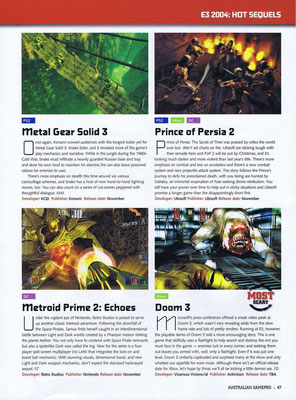 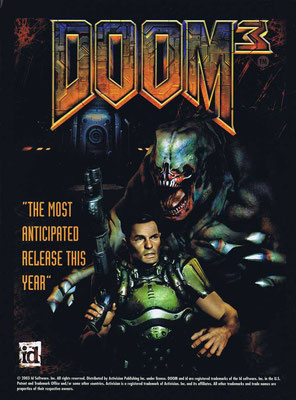 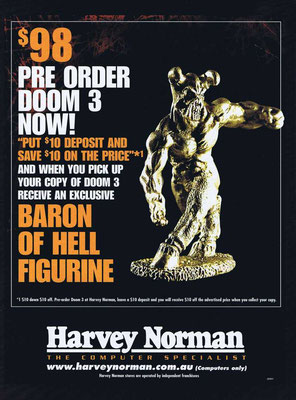 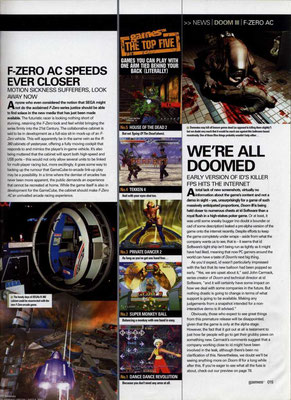 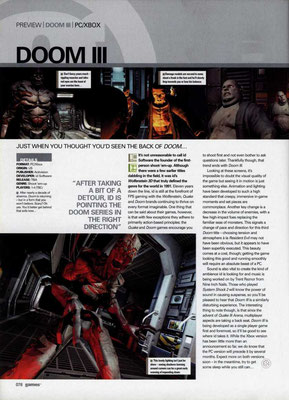 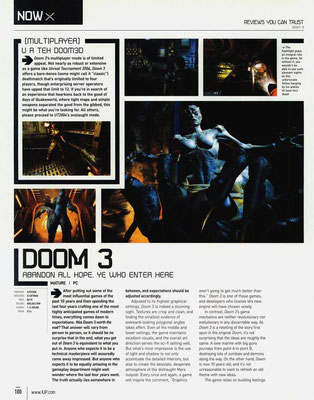 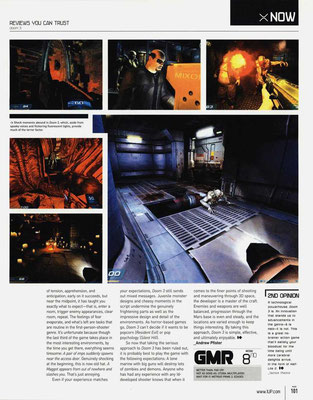 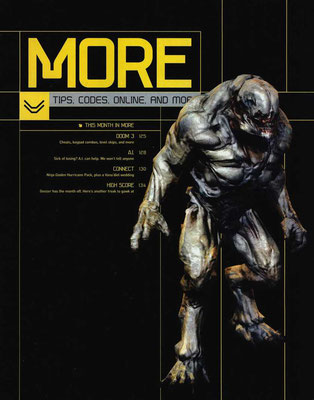 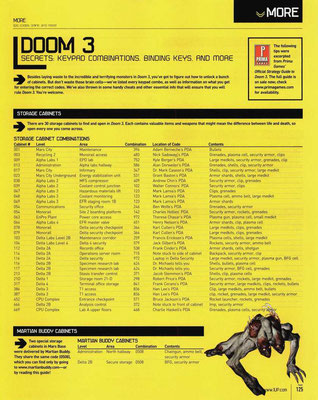 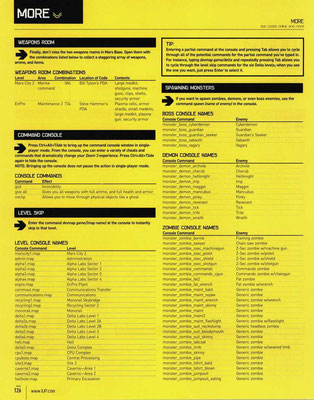 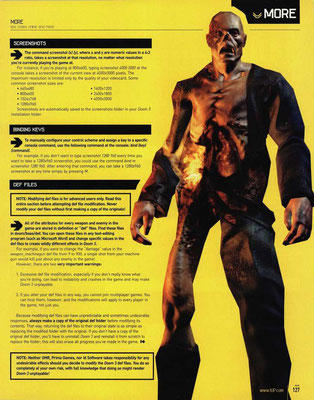 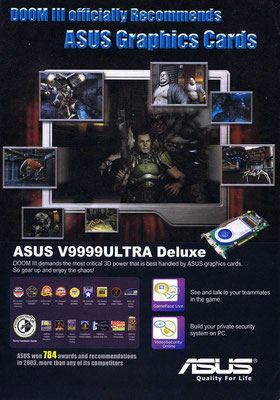 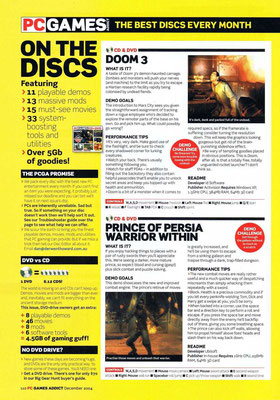 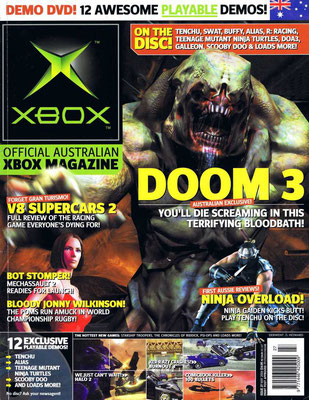 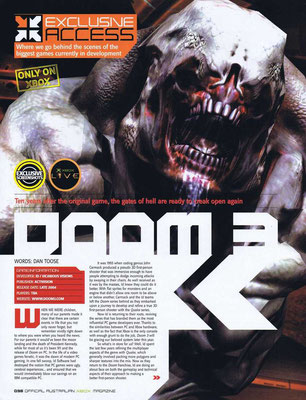 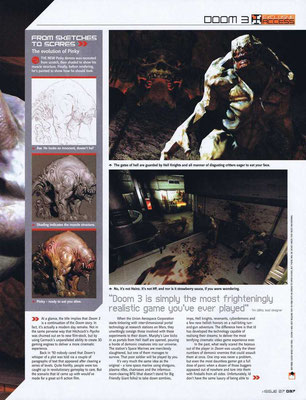 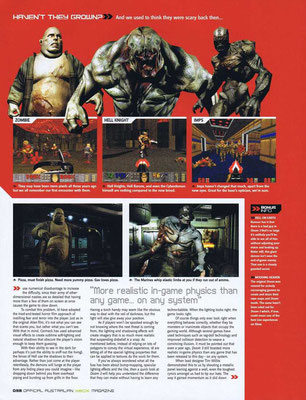 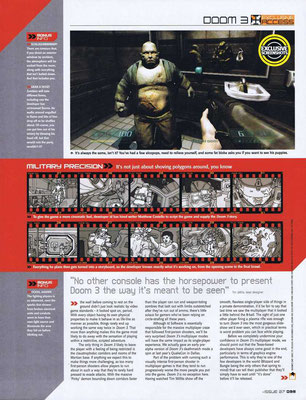 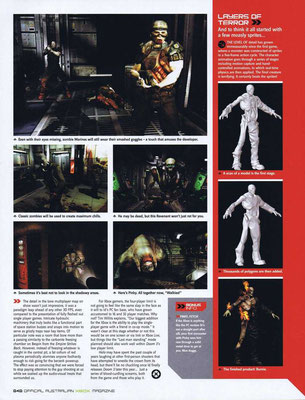 Trivia:
1) A number of reviewers praised the attention paid to the game's premise and setting; GameSpot's Greg Kasavin described getting "the impression that Doom 3 takes place in a fully realized world".

2) The Doomguy speaks only one word in the entire game. That word is "God..." as he sees the Cyberdemon. Incidentally, this is the first time the main character in a DOOM game talks. (in The Alpha version of this game the Doomguy actually speaks at the beginning).
3) On Site 3 and the Excavation Dig Site, there are four stone tables which the archaeologists had found. One of these is showing the ancient hero in a battle against the forces of hell. This ancient hero is actually the Marine from the original DOOM, and the stone tablet looks almost exactly like the front cover of the original US DOS
DOOM box.

4) Longer outdoor excursions in the game design was scrapped due to engine limitations.

5) Th next game in the series developed by id Software on their new id Tech 6 game engine is Doom (released in 2016; previously called Doom 4 it was announced in May 2008, and used id Tech 5 engine).

6) The abbreviation of weapon BFG stands for "Big Fucking Gun". The Quake II manual says it stands for "Big, Uh, Freakin' Gun". This euphemistic label implies the more profane name of the BFG. Another version of the name used in the Doom motion picture is "Bio Force Gun".

7) The chainsaw was mistakenly shipped to the Mars Base by the Mixom Corporation; they were actually supposed to send a shipment of jackhammers.

8) Per-pixel lighting refers to any technique for lighting an image or scene that calculates illumination for each pixel on a rendered image. This is in contrast to other popular methods of lighting such as vertex lighting, which calculates illumination at each vertex of a 3D model and then interpolates the resulting values over the model's faces to calculate the final per-pixel color values.

9) Stencil shadowing - Tim Heidmann showed in 1991 how to use the stencil buffer to render shadows with shadow volumes quickly enough for use in real time applications. There are three common variations to this technique, depth pass, depth fail, and exclusive-or, but all of them use the same process.

10) Even the most advanced personal home computers at the time was'nt ready for this game and won't be able to support it on ultra settings until the next generation of graphics cards comes out (same situation was happened later with Crysis and later with other personal Windows games when 4K resolution was achieved).

11) First self-shadowing was in Montezuma's Return.