Clock Tower 2: The Struggle Within 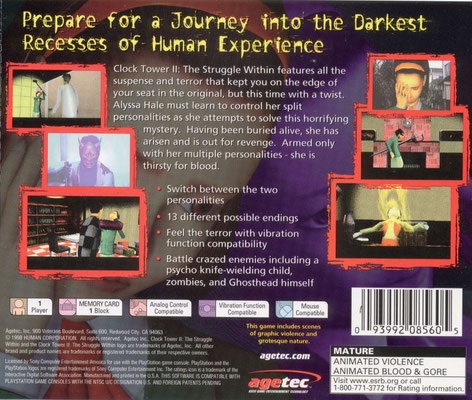 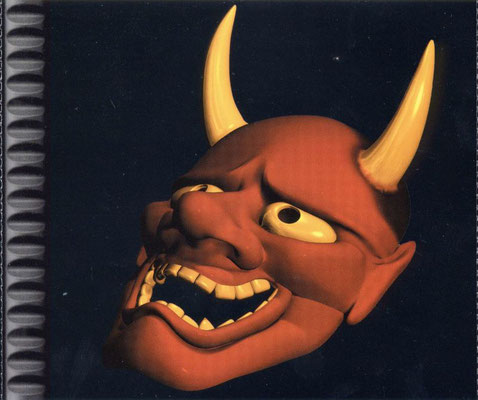 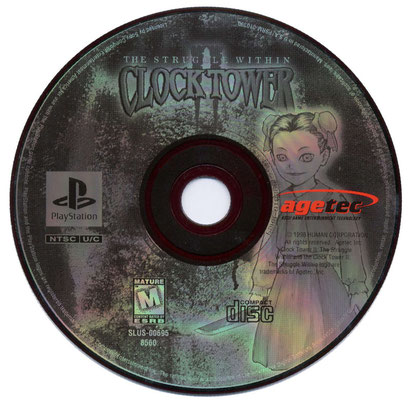 "Take the doughy moist brain of Broken Sword’s point-and-clickery, then gruesomely bind it to the quivering ball of gristle and spraying arteries that makes up the horror of Resident Evil. The wretched creature you have created is Clock Tower II, an intriguing little adventure of supernatural terror in modern day Japan.

When Alyssa Hale arrives to stay with friends of the family, they disappear the moment she shows up. Not long out of the nut house and plagued by vivid nightmares of murderous behaviour, 17-year-old Alyssa suspects she may be involved, even before she finds a severed leg stuffed down the toilet and a rancid torso floating in the bath. Sharp kid.

So, you click your way around the house, opening doors and collecting useful objects in an attempt to solve this troubling mystery. Frustratingly, certain objects in a given room can only be seen by your character when she switches to her barking mad alter-ego, Bates, or satisfactorily search a location, even though you can see them (“Look you cow, just pick up that shotgun!”) in plain sight."

1) Psychological horror is a subgenre of horror and psychological fiction that relies on mental, emotional and psychological states to frighten, disturb, or unsettle readers, viewers, or players. The subgenre frequently overlaps with the related subgenre of psychological thriller, and it often uses mystery elements and characters with unstable, unreliable, or disturbed psychological states to enhance the suspense, drama, action and horror of the setting and plot and to provide an overall unpleasant, unsettling, or distressing atmosphere. Most famopus examples of these games - Silent Hill series, Amnesia: The Dark Descent, Outlast, Condemned: Criminal Origins,The Evil Within series, Alan Wake, Deadly Premonition, The Suffering, and to some extent, Dark Souls, Dead Space and F.E.A.R.

2) Clock Tower II moves away from the story and setting in the two previous Clock Tower titles, and therefore was not a numbered title in Japan and is considered a spin-off. In the Japanese release, the game is set in Osaka. This was changed to California for the North American release.