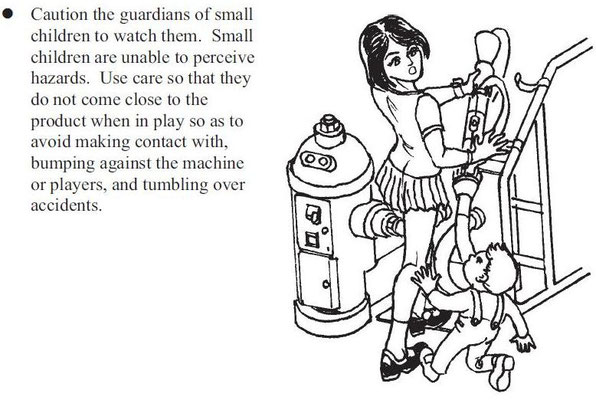 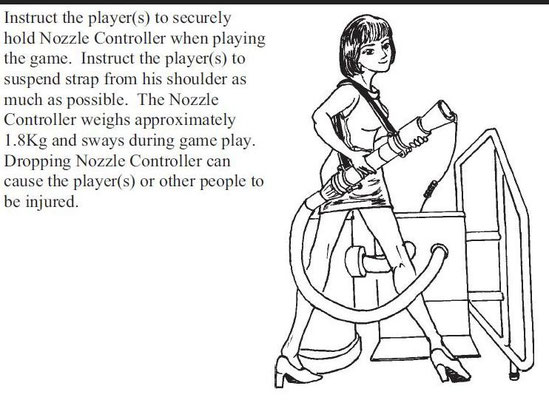 "About 25 games are available in the arcade, including a firefighting game, called Brave Firefighters, that was specifically requested.
"The fire department across the street begged me to get this firefighting game in here," Fraser said. "It's like a virtual reality game where you're putting out a fire with a hose. They come over on their lunch hour and play that." (2000)"

Trivia:
1) Sega Hikaru system had the most advanced lighting effects of its time. It was capable of four light sources per polygon and up to 1024 light sources per scene, more than what consoles or PC graphics cards could do for the next several years.
2) Players use a fire hose that replicates the weight, grip and controls of a real fire hose. The nozzle vibrates when the spray switch is depressed, adding greatly to the illusion of reality.

3) In September 1999, IGN stated that "the environments are more detailed than House of the Dead 2, and the fire effects are the best we've ever seen".

5) This arcade cabinet has remote control!