First video game involved in the death of a player, second speech synthesized game (after Stratovox) 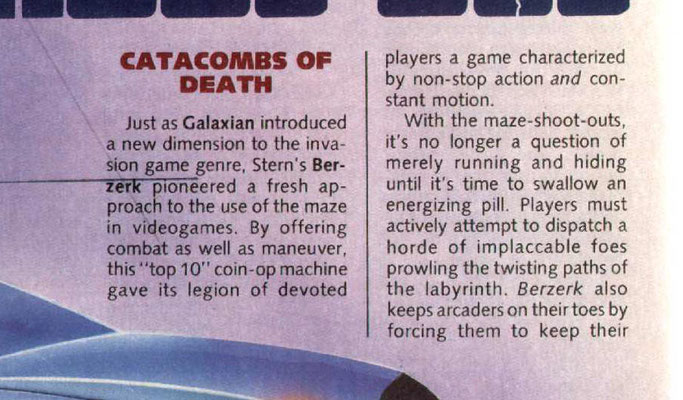 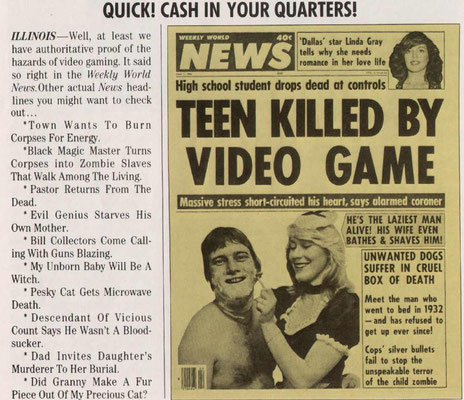 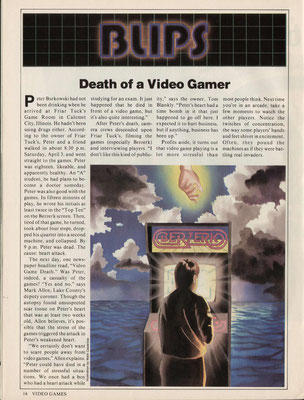 Trivia:
1) This is first videogamegame that kiled a player (at least 3 players) - 1) In January 1981, 19-year-old Jeff Dailey died of a heart attack soon after posting a score of 16,660 on Berzerk.  2) In October of the following year, Peter Burkowski made the Berzerk top-ten list twice in fifteen minutes, just a few seconds before also dying of a heart attack at the age of 18. 3) Third Berzerk related death that happened on March 21, 1988, once again in Calumet City, IL, and once again at "Friar Tuck's!". And once again, the same Berzerk machine that Peter played while he was dying is involved in this incident! Edward Clark Jr., age 17, went to Friar Tuck's on March 21, 1988, and was murdered by Pedro Roberts, age 16, over a quarter that Edward used to play Berzerk that Pedro claimed was his. Pedro was kicked out first, and 10 minutes later Edward and his friends were allowed to leave and advised to go a different way, but they didn't listen. Pedro waited for Edward in an alley around the corner from Friar Tuck's and stabbed him when he came near.

4) Inspired by BASIC game Robots, and Fred Saberhagen's Berserker series of science fiction novels.
5) "Evil Otto" was named after Dave Otto, security chief at McNeil's former employer Dave Nutting Associates. According to McNeil, Otto would, "smile while he chewed you out."
6) In 1980 computer voice compression was extremely expensive, estimated that this cost the manufacturer 1,000 $ per word. Voice actors was paid and make a living while did only video games voices.