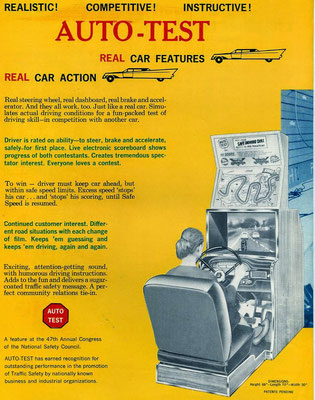 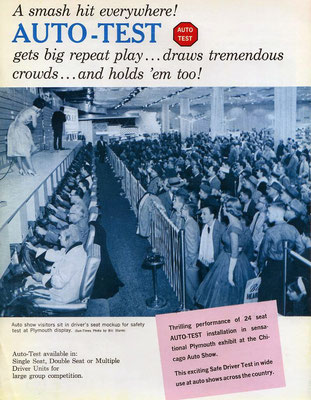 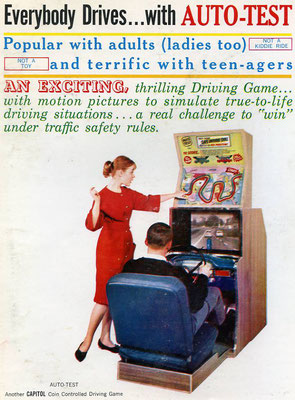 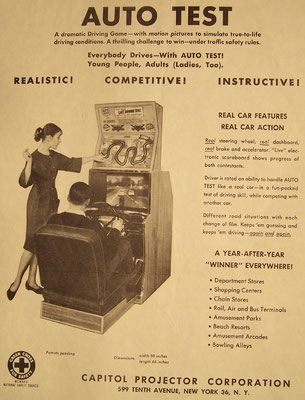 1) Auto Test is an educational full motion video game that uses a video projector. The game shows a video of a real life driving situation and the player is supposed to match the actions of the driver, such as applying gas, the break and steering. The player is scoring points based on how well his actions match the actual actions. Sound is added to the game using a tape player. Multiple different film reels can be loaded in and the game was in production until 1959. The later versions used a real car's dashboard.

2) Series of these arcade games was released from 1954 to 1959.
3) Oldest video game on this site that can be bought (independent internet sale). Oldest game that could be bought officially is "Pong" 1972.

4) The early fifties saw the appearance of games with display screens showing 8 mm movie footage of actual traffic such as Auto Test and Turnpike Tournament (1959).

6) Game is not emulated